Don’t you hate it when someone is bitching and moaning about politics, the President or a policy? And then you find out they didn’t even vote in the election pertaining to what they’re griping about? Now, this election season has been full of shit slinging, name calling, and memories of pussy grabbing caught on an audio recording so it’s safe to say two candidates left standing are … not ideal but it is what it is.

Often times people seem to think that their vote doesn’t matter or count. It’s easy to forget there was a time when not everyone in the United States could vote.

My great grandma Lulu, who passed away at 103, was born when women weren’t allowed to vote (and was also alive when two Presidents were assassinated (McKinley and Kennedy), the Wright brothers flew their first plane, when the first Ford Model T car was produced in 1908, and when Amelia Earhart disappeared in the air  – just to give you an idea of Lulu’s longevity).

Once women were granted voting rights in 1920, she participated in every single election until her death. Fact is, Grandma Robinson thought it was important to vote every chance she got, which has had a lasting impression on me. 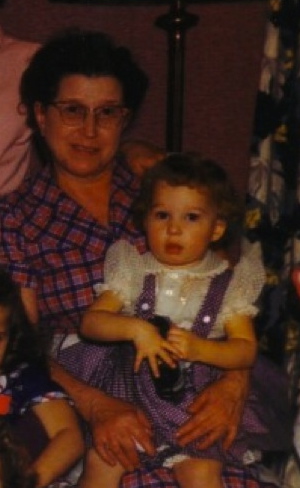 During the last Presidential race, I was fortunate enough to get up close and personal at the last four rallies before voting day. Regardless of whether it was the candidate in which I was rooting, it made me feel proud to know that folks still care.

In one city, over 17,000 people showed up to support one man’s 15 minute speech, carrying signs, wearing t-shirts and exuding passionate enthusiasm.  Volunteers (who showed up at 6am to prepare for a 6pm rally), grandparents (who didn’t know how to work their cameras in time to get a good picture), twenty-somethings touting handmade posters, parents with kids (wishing they were home) on their shoulders, teenagers in packs of friends, boy scout troops accompanying the American flag, cowboys in belt buckles – people from all walks of life showing up.

People who most likely had nothing in common except for their backing of one Presidential candidate. 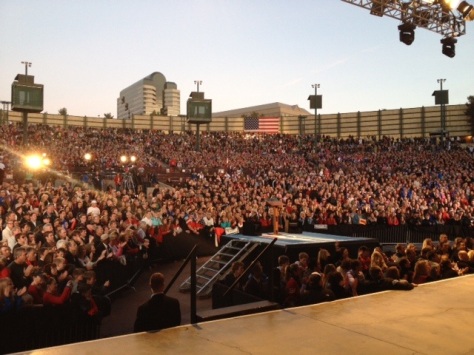 No punches thrown at this Republican rally. #usedtobeclassy

While this election (well, elections in general) have gotten increasingly mean, bitter and much more below-the-belt personal, it’s easy to be turned off to the whole shebang. I mean, even local Nashville restaurants are getting in on all of the awful action – quoting a candidate in the running to control the United States on their billboard. 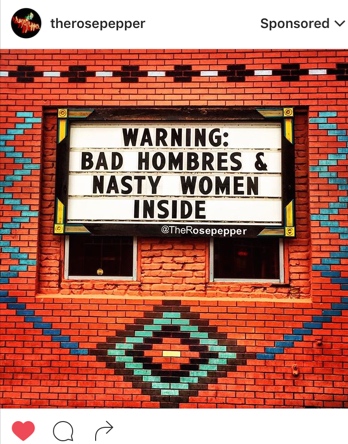 Yes world, most of America is embarrassed.

Yet, this year when one candidate is accused of e-mail (and overall) corruption, the other has no respect for women and at 59 years of age claimed he could grab any female by the pussy because he is a self proclaimed ‘star’. 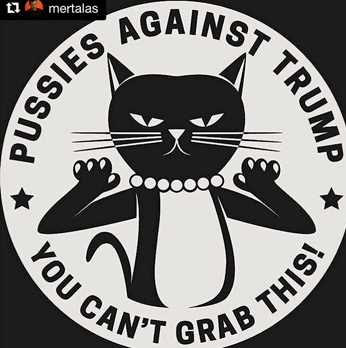 In my perfect world, Jack Sparrow would be elected as POTUS and there would be Skinny Pirate parties every day.

Whether or not you choose to vote is your right (and be glad it’s a choice that you get to make). But if you don’t show up at the ballot booth today and cast a vote, don’t come crying when you disagree with policies of the victorious. Although, if you think both candidates are sub-par (my new favorite word since my boss screamed that I was that type of employee last week #loveher), might I suggest a write in?

A true pussy for President.

And if that’s too much of a stretch for you, please keep this in mind…

So in a recap, vote or shut the fuck up.

And now, I’ll hop off this soap box.

3 thoughts on “Vote or STFU”