The sun will come out….tomorrow. Or at least that’s what you wanna believe. In my case, I just wear a shirt that makes me my own sunshine. Of course, having a little snuggly Teddy Bear helps, too. 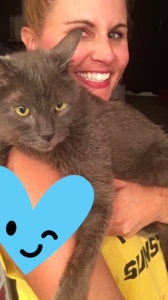 Love of my life.

Lately Rapegate therapy has been pretty intense. To the point where afterward, instead of crying my eyes out immediately upon my return home in bed, this week I morphed into what could be the most white trash way to consume supper. Guzzling wine in the bath, trying to read while eating toilet pizza and then bawling my eyes out in bed. 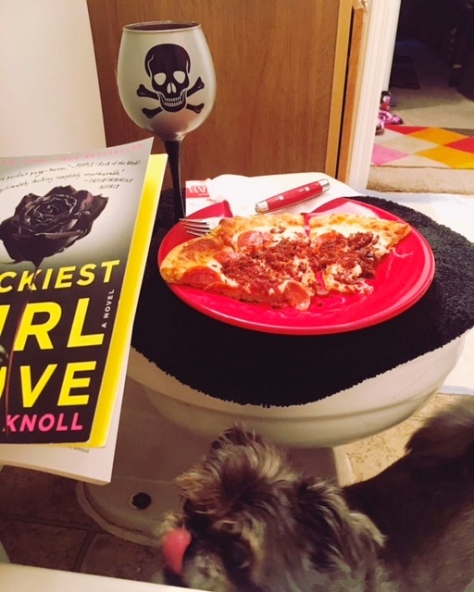 Pretty much sums it up.

Being that my therapy is on Thursday nights, I have an emotional hangover no matter what on Friday, that sometimes lasts through the weekend. Sometimes it doesn’t but you know what helps? Friends who know your deep down hopes and dreams, friends who know what will make you smile, while your heart races with thanks that somebody fucking finally brought this idea to fruition…door delivery wine. *swoon*

However, even this wonderful news of not having to leave my mini manse in order to get my vino fix didn’t knock me out of my therapy hangover. Running one errand to the grocery store, as I was leaving in the 100 degree heat, a full on fucking panic attack rushed over my body out of nowhere, like an asteroid dropped out of the sky and plummeted me into the middle of the scorching Earth.

If you’ve never had a panic attack (mine is a leftover perk of rape – yay!), I hear they mimic a heart attack. For me, I feel like a cat the size of a lion is hanging out on my chest, I sweat, shake, can’t catch my breath (which shouldn’t shock anyone who knows me as I once hyperventilated when I ran the mile in track during junior high – although I did redeem myself years later jogging slowly through a marathon), clinch my fists so hard my nails almost poke through the tops of my hands and I lose all comprehension that this sudden sense of overwhelming dread will ever end.

And I end up looking (and feeling) I’ve been on a four-week cocaine bender with no sleep, when in all actuality, it was a mere 10 minutes. 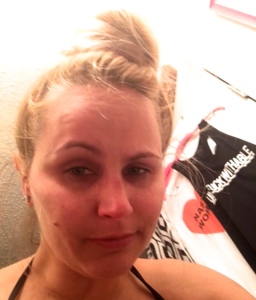 Panic…but not at the disco.

After regaining semblance of normal heart rate and the ability to breathe in and out like a typical human, I resorted to the little Iowa faces that always drag me out of my low points. 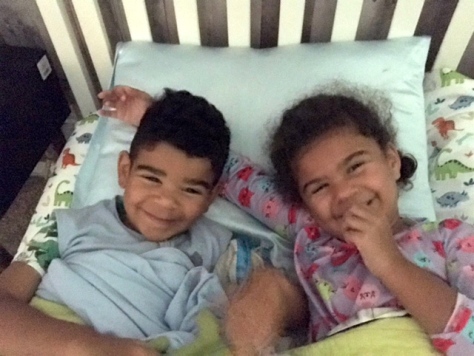 How could these two not take away feelings of being blue?

Being that I’m not a quitter, the typical pool crew and I packed our coolers and headed up to beat the Tennessee heat.

Dada CBXB, Rasta, the shit show of the weekend (yours truly) and Cat Boy kept cool in the Saturday sun. 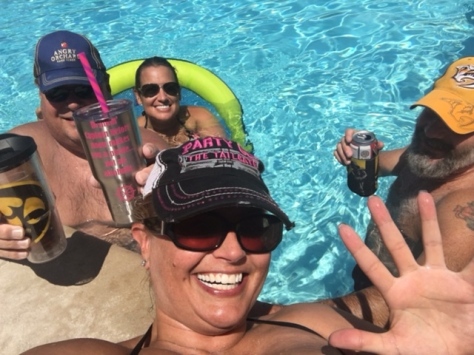 I refrained from my usual pool snacks, as I was invited to the hottest party in Nashville Saturday night.

A black card to the Waffle House is equivalent to $25,000 gift card to Target. And not only did we class the joint up, we sure as shit tried to spend the entire amount.

We’ll have one of everything. Thanks.

While we didn’t even come close to cashing out the entire card, we were able to leave a $100 tip for our waitress with remaining funds and boy, did it feel fucking fantastic watching her reaction from the car. A dance, a hug from the cook, a high-five from the other wait staff. Pretty cool of my gal pal to pay it forward.

Sunday while I was trying to detox from the overload of hash browns and eight orders of bacon the night before, my little fur balls were pretty pissy that they couldn’t go out on the porch due to the extremely high temperatures.

They really wanted to be baked pussy.

Guess who was just fine with the inside time?

The pussy that never turns away attention.

It was a much needed, uneventful Sunday at the mini manse. Complete with binge watching and burgers.

Here’s hoping there’s no panic in any of our lives this week and cheers to being our own rays of sunshine!