It’s no secret that I’ve had a rough go in my personal life the last few years. Of course, no one has perfection and bad shit happens to everyone, however, I’ve been numbed to the point that I don’t expect the worst but am surprised by nothing. Nothing.

Martians falling from the sky? We believe you.

It’s also no secret that I love college football – especially my alma mater, the Iowa Hawkeyes. 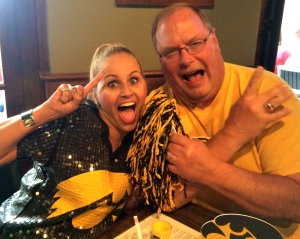 The last day that I can truly say I was ‘in the moment’ was December 5, 2015. I got to experience the first Big Ten Championship with my dad, The Silent Indian (who cheered for the wrong team) and Camo with my Iowa Hawkeyes taking on Sparty of Michigan State.

It was one of the best days of my life even though Sparty won in the literal last second of the game.

All the after morning feels.

Four days upon returning home from that game, I was pushed out of a career that I’d worked my ass off to obtain in the music business. Eleven days after that, I experienced the worst Christmas of my life – a day I cherish (almost as much as my birthday) due to family dynamics shifting and my unwillingness to accept it. Less than one month later, a woman who was like a little sister to me died in a car accident. That evening, I went to my best friend’s house and was raped by her boyfriend. 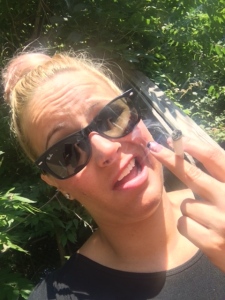 That period of time was as beautiful as I look in this photo.

The day I was at the hospital awaiting my rape kit to be performed, I was asked if I’d like an advocate to come sit with me. I didn’t know if I did or didn’t because as my bare ass was hanging out of the back of a hospital gown, I was in a state of shock. An advocate was called on my behalf. Aside from her beyond sweet demeanor, her name being Barbie (I mean, c’mon!), her fabulous Louis Vuitton purse (obvies the right advocate for me), she said something that still rings true to this day.

“There will be a before rape in your life. And there will be an after rape.” A before and after. Seems like a simple enough concept but I did not comprehend then how fucking true this would be in my daily life moving forward. 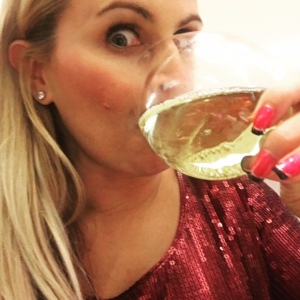 The Before: last selfie I took before Rapegate. 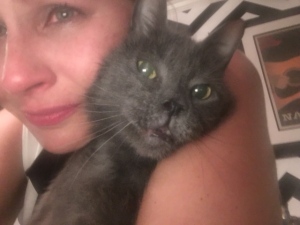 The After: first selfie taken after Rapegate.

It’s now been 616 days since the saga of Rapegate began. At first it was all-consuming, eating me up – a worm in my brain, invading every moment of my sleep, thoughts, feelings – I had no idea that I might as well have been standing at the bottom of Mount Everest, readying to climb 29,029 feet with zero conditioning. Because that’s what this last year and over a half has dealt…an excruciatingly slow climb out of (or rather up) the lowest of extreme lows, seeking the summit of a mountain top that appeared further and further away by the day. 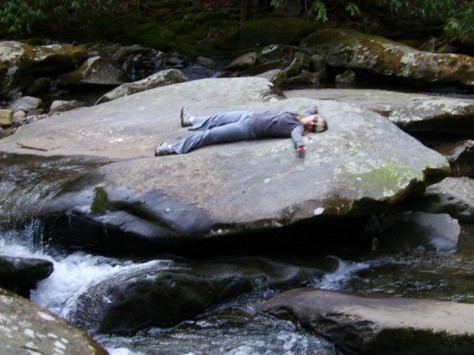 What happens when I hike.

Thing is, life goes on all around even though time stands still for victims of any sort of trauma. For me, I was stuck on January 29, 2016 but I still had a job to find, bills to pay, fur ball mouths to feed and personal hygiene to maintain (this took much insisting from Mrs. America and my sister). I just wanted to wallow on my leopard couch and have it swallow me whole but of course that didn’t fucking happen. 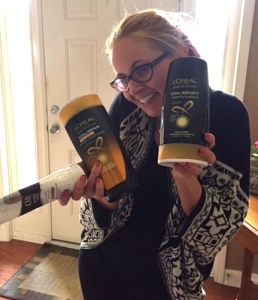 Not so fresh and so clean clean.

With the support and love from my family, friends, and readers of this blog (my sparkly army), I was encouraged to put one (semi-clean) foot in front of the other and got into counseling. I tirelessly acted as my own advocate with a less than helpful (and that description is extremely nice) detective, found a job, kept my lights on, was diagnosed with PTSD, adjustment disorder and severe stress and stumbled forward. 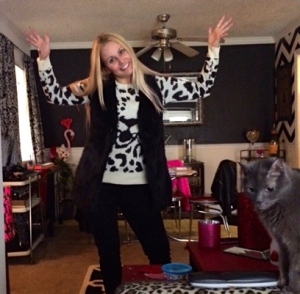 I don’t wanna but I’m gonna!

Through what felt like a continuous avalanche in my life, I put on the happiest face possible and plowed forward. Although, everything had less meaning, was less fun, was just not right. I went to my fave watering hole Dalts, invited girlfriends over, tried to read books but couldn’t remember the page I just read, watched TV only to forget what the episode was about as my mind couldn’t stay focused, stopped going to yoga and jogging due to not being able to be alone with my thoughts – because the aftermath of Rapegate was never far. 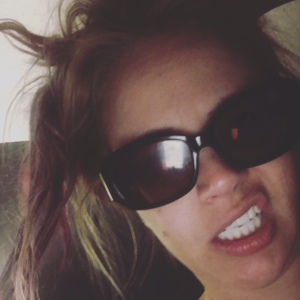 Trying to trudge through life, every step felt like I was moving through snow waist deep. Yet again, life stops for no one. Aunt Crazy Pants was diagnosed with terminal cancer almost six months to the day after I was raped. She passed just a little over a month ago, ten days after I suddenly lost the fur ball love of my life, Ted. The searing losses felt like a hot iron had been stabbed into my chest. I’d never experienced the throes of despair (navigating my way out of Rapegate), alongside devastating, life altering grief (losing those we deeply love) at the same time. 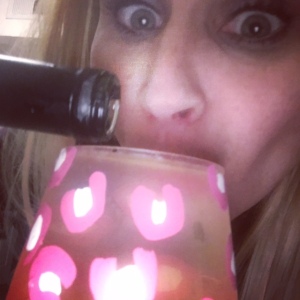 There’s not enough wine for this.

While I was home for ACP’s celebration of life, I had an opportunity to go tailgating with my Uncle Toddy, Aunt Crispie, my cousins and their many friends at the in state rivalry of Iowa versus Iowa State. It was a thrillingly unexpected day jam-packed with tailgating shenanigans.

The fun of family… 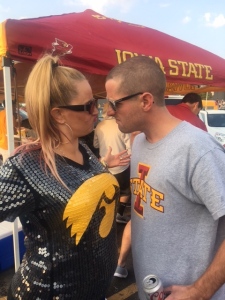 The fun of the endless booze all around… 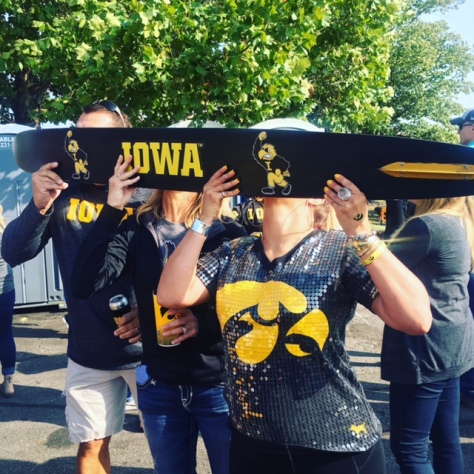 The catching up with old friends…

A beauty and a sparkly beast.

Embarrassing my youngest cousin with all the right moves… 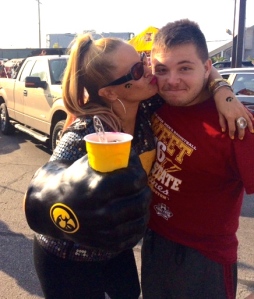 Cousin love is acceptable below the Mason Dixon line.

Seeing a live marching band was fulfilled for the season…

Up close and personal for the live action overtime win didn’t suck!

Afterward, I realized how much fucking fun I truly had that day. I lived in the moment for the first time in almost two years – at yet another football game. I didn’t think about anything other than what I was partaking in every. single. second. The bands marching through the tailgates. The booze. The Hawkeye buses arriving. The booze. The food. The booze. The rivalry. The family and friends I was enjoying the fuck out of spending time with. The game I got to watch from the end zone and the exciting win by the Hawks in overtime.

Some cousins took it well.

Others were sore losers.

Point is, for a brief day I got a taste of what it will be like when I transfer from survivor to thriver. I felt normal. I felt the fun I was experiencing. I felt like pre-rape me for once in almost two years. And it was fucking fantastic, freeing and I caught a glimpse of my old self starting to shine through the cracks I still carry.

The Hawkeyes are almost always considered the underdogs. And it’s not lost on me that both the last and first time I realized I was living in the moment were at football games, watching my favorite team with some of my favorite people.

It was a much needed reminder that I’m doing the best that I can every goddamn day. Aren’t we all?

16 thoughts on “The Underdog”