Someone once told me that I was the ‘girliest dude they know’ and took that as a huge compliment. I love sports but I also love my sequins, using a spare bedroom as my dressing room at the mini manse and makeup. I adore makeup. So, it was a dream come true to have a whopper of a package sent to me compliments of Too Faced made possible through my friend M. Star.

I got home from hot yoga and had to take a look at all of my loot in between undressing and the shower, naturally. 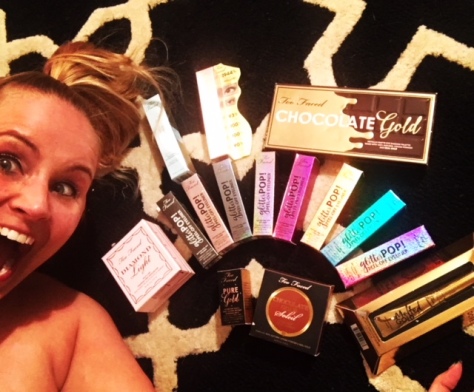 No. It doesn’t get much better than this.

March marks my last payment on my Toyota Forerunner! It also marks the time that every cent from my tax return check (and then some!) goes right into the fucker. This year, I needed all new power steering. Once they thought it was fixed, the vehicle was back three more times because it kept leaking fluid. So I started taking power steering fluid wherever I went so I could keep the car on the road.

Classy lady at the bar.

I’ve decided that after dumping $2,000 into my rust bucket, the chances of me getting my dream car of a Range Rover are waaaaaay out of reach for years, so I’m settling for my version below.

Snuggling with my two furry fellas helped ease the pain of my ever diminishing bank account. And while I was gonna stay in on Friday, I was coaxed into making an appearance outside of the mini manse. 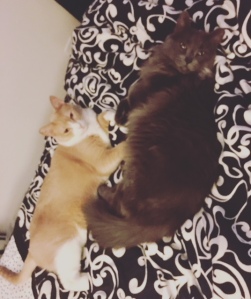 Rasta, our buddy DS and myself lived it up in Nashville’s midtown area.

Being ever so responsible, we called a Lyft for a ride home. I sat up front with the driver chit chatting and we dropped Rasta off first and then headed the 45 seconds it takes to get to my mini manse from hers. As the ride was ending, the driver asked for my phone number, which I declined to give him, he asked for a hug and kiss, which I absolutely denied to give him and as I was opening the door to back out of it (worried he’d slap my ass), he instead groped my chest. I slammed the door and ran inside.

I was in shock to a degree and think that after Rapegate, I’ve become somewhat desensitized – although it’s not OK to fall back on that. It’s mentally exhausting to think through this shit and then realize that due to no fault of my own, I get the pleasure to chase this man down through his company and be sure this doesn’t ever happen to any other passenger of his again. This shit is exhausting. And wouldn’t be an issue in the first place if people remembered body basics taught in kindergarten and just keep their fucking hands to themselves.

It took a minute, but was a trigger for me on Sunday, making the emotions of PTSD come to the forefront and well, exasperating other aspects of Rapegate. But such is life and this is how it is for now. So bitchiness is my best friend.

In happier moments, one of my Iowa twins lost his first tooth! 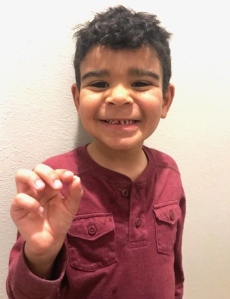 Prince B and his pea sized tooth.

Naturally being related to me, Princess B was miffed she didn’t lose one and get a visit from the tooth fairy. So you know what this gentle soul of a young fella did? He snuck into her room before she woke up and gave her one of the two dollars he’d received.

And he also played tooth fairy dress up with his sister. Best brother ever.

In the biggest news yet, the twins are making their debut in Nashville this week and I. AM. DYING. with anticipation of their arrival.

Saturday was an impromtu brunch date with Bird Lady and as always, I had to have both hands full.

Double fister through and through.

Bird Lady then acted as my own personal Uber driver and took me to my hair appointment, where I also kept both hands occupied.

I never want one hand to feel left out.

I received one helluva fun surprise from one of my fave cat lady besties. 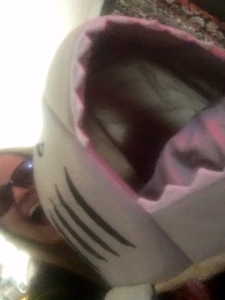 All of the pussies took turns in their own personal shark tank. Ultimately, fur flew as one fur baby pushed the other out for a mouthful all day long.

Fabulous parenting must run in the family because one of my sweet pussies aided me in lunch today. 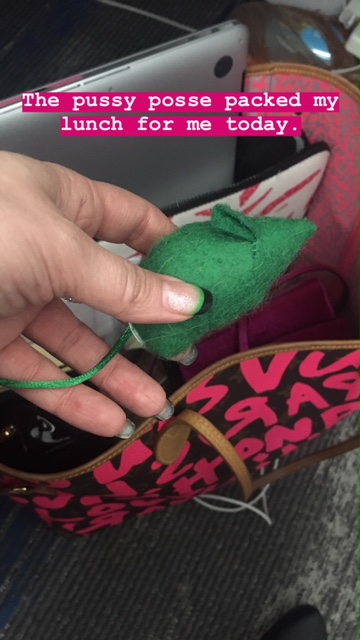 And cats get a bad rap for being assholes.

In other animal news, GO GET THIS APP NOW.

So, my squad is on the road already today!

Here’s hoping wherever you are, this week feels more like spring than winter already. Am I right?!