For everyone there are moments in our lives that epitomize time where we will never forget the place, the exact feeling of that minute.  I’m talking about the big life changers – births, space shuttles exploding, wedding days, traumatic events. Then there are the smaller instances you don’t realize the significance of what you’re about to experience and the way it will shape the days ahead, forever changing your life.

Like the occasion it was presented that life as a ballerina wasn’t on the table. 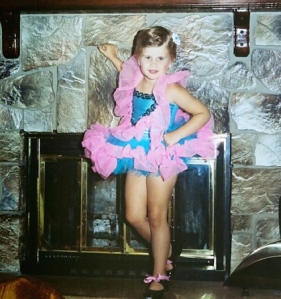 Maybe the time you realized Christina Aguilera was not singing about you in her hit song “Genie in a Bottle.”

Anyone got a magic carpet?

Could be when you realized you not only lacked the tact but also the appropriate attire for becoming a super model.

I see London
I see France
I see above your underpants.

Remember when you saw your first concert and it inspired you to be a rock star?

You either have it or you don’t. This Elvis doesn’t.

Maybe the time you had the first bite of your now favorite delicatessen, you knew nothing else would ever taste this good.

Maybe it happened when you realized that the art of watching a collegiate football game would never again be a dull time if you add in some Skinny Pirates and moonshine?! 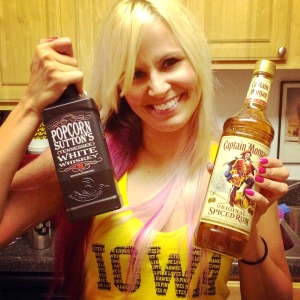 Possibly being educated about where feminine products are appropriately placed turned your world into a real life Monopoly board game, making all the difference. 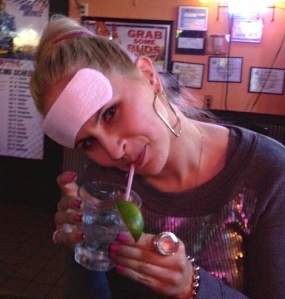 A few months after the beginning of Rapegate, I found myself at the downtown Nashville police department that was all but deserted of anything reminiscent past the ’80s. I sat alone and waited impatiently for my name to be called so that I could further discuss my impending case against Shane the Rapist. My leg was inadvertently bouncing so hysterically that the lone security guard came over to ask me if I was OK.

I was to meet with a detective and make a ‘spoof’ phone call to my fucking rapist. A spoof phone call means that the detective would route a police phone to show up as my cell number on caller ID when calling Shane the Rapist. I was a fucking nervous wreck not ever wanting to speak with the dude who violated me again, let alone try to lure him into admitting he did it against my will over the phone. The detective came to escort me back and immediately said to me, “why are we doing this call so long after your assault.” Um, gee dude, I don’t fucking know. This is my first (and hopefully only) experience being raped.

When I sat to make the phone call, the detective could not figure out how to do the spoof correctly. He went to get two other veteran detectives who also could not get the spoof to work correctly. And there was no way in hell I was going to use my personal cell phone to call because what if Shane the Rapist called me back? So, the initial detective went and retrieved a manilla file folder that had a single piece of paper in it. When I glanced over, it was a printed out email with directions on how to conduct a spoof phone call from fucking 2006. An ENTIRE DECADE prior to this moment. 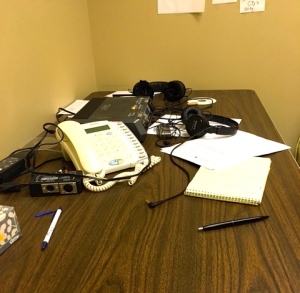 It was in that split second that my game changed. There was nothing I could do about the ineptitude about the “experts” handling my case like the Three Stooges as I sat there helpless trying not to let the tears of rage, frustration and fright fall down my cheeks.

It was in that split second that my game changed.

Right then and there.

I can’t help what happened to me. I can’t change the way I feel about this situation. I can’t help the sleepless nights, the not wanting to be alone with my thoughts, the shame I still experience. But I CAN do something about it. I’ve been fighting the fuck for my mental life and while it’s nothing short of a fucking marathon, I’m doing it.

News today came about a goddamn glorious friend who is nothing but exuberant, feisty as fuck and full of fire. This game changing moment dawned on me when I heard news about her prognosis with breast cancer. There she was one day, sitting in her doctor’s waiting room, headed in for a mammogram. And boom. Cancer.

She can’t help what is happening to her body. She can’t change the way she feels about this situation. But she is fighting the fuck out of it. She has the support that resembles an army backing her, much the same as I do, when uncontrollable circumstances that are unfair as fuck arise.

My game changing uniform is now permanently on. 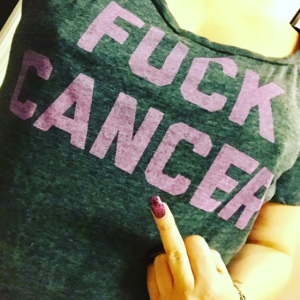 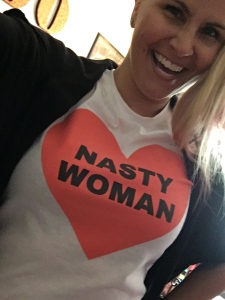 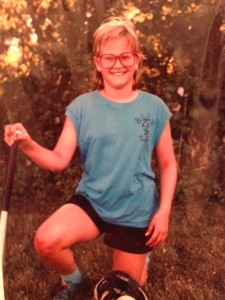 Swinging for the fences of good game changers.