Know anyone who had a ridiculously fabulous 2016?

Not to say great things didn’t happen for folks in this dumpster fire of a year but seriously, although my Gma used to say, “don’t wish your life away,” I couldn’t think of anything more that I would wish for than the goddamn clock to strike midnight on December 31, 2016.

Yes. How we all feel about this past fucking year.

While I kicked my year of with bad shit happening to a good person (yours truly) last January, there have been highlights and honest-to-goodness reminders as to why I wished I was a mother fucking super hero (or ass kicking princess).

I tried taking a cue from Elsa early on…

But I’m not a sexy smoker (see below). Nor do I know how to inhale. And lastly, I hold grudges like my net worth (let’s be real…I’m elated when I have triple digits in my checking account, so not really saying much), therefore this wasn’t going to be my outlet to let 2016 the fuck go. Also, it was just February.

Trying to heed advice of my fave, fearless lighting designer, Hawaiian Housewife (I know you’re rolling your eyes to the back of your skull M), who seems to let any/everything roll down her back (except puke – in which case she likes to displace on moi) with her famous line of…

Well, I didn’t try a bag of dicks per se but instead used an Iowa ear of sweet corn.

While delicious, this didn’t help in the hate that seethed out of my soul for the year of all shitacular years.

So what did I do? I , , happened to be at PetSmart on an adopt-a-pussy Saturday sponsored by Sweet Faces Cat and Kitten Rescue (yes, I am now officially the face of their rescue and I will give you an autograph) and I did what any sane person does. I picked out three cats to add to my brood because in the end, you really can buy love.

And in the end, you now have four feline mouths to feed.

Plus I gotta fill the tiny yapper of my Ewok resembling chug, Precious.

But in the end, I got my loving therapy through this….

All of the extra feline lovin’ seemed to help my in heart failure main squeeze, Mr. Ted E. Bear rekindle his love for life. And that made me feel like one extremely lucky lady – even though I will forever be recognized as the crazy Nashville cat lady. I give zero fucks for that title if this little pussy can still be by my side daily. 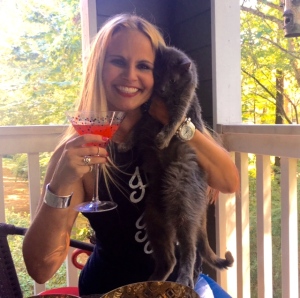 Friends tried to help by burning some of my past hurts away, while I ignited flames with lighter fluid. 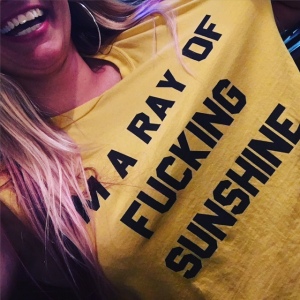 So I’d call that a win-win, wouldn’t you?

Being involved in a traumatic, life changing event, I enlisted the help of a f.a.b.u.l.o.u.s. therapist that I regularly see on Thursdays (#therapythursdays anyone?). Upon completion of sessions, copious amounts of vino is required. And while I don’t mind drinking with my five (yes I said fucking FIVE fur balls), my sister and gusband (gay husband) are more than ready to join me in Iowa and Missouri, respectively, when I need the company. 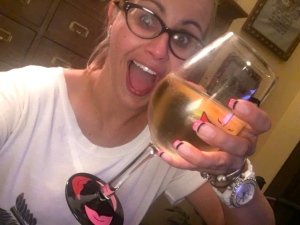 My kind of pour.

Over the course of this year, I’ve let my pride of self-worth sit on a back burner and simmer (due to uncontrollable reactions to aforementioned bad shit happening).  With the help of friends who aren’t afraid to tackle the CBXB monster and family who’ve dealt with me forever, I was forced to not only wash my hair but show face at my fancy salon (with my fabulous chug in tow, of course) to get my pink rejuvenated and remain blonde.

Those same folks about keeled over seeing me in flats and also forced me into my pre-2016 daily shoes…stilettos. I mean, I’ve always been known for my practicality.

Counting on those who know you best, I hung in like a champ for my Iowa Hawkeyes football tailgates – and kept the family tradition of moonshine touchdown shots alive with Dada CBXB.

Cheering it on with family as often as I could.

Speaking of cheering, you all have sent nothing but positivity, well wishes, fab karma, and outrageous juju my Aunt Crazy Pants’s way after her cancer diagnosis this summer. While she’s my end-all-be-all-twin, she’s still kicking some fucking cancer ass. And that’s the way we prefer. 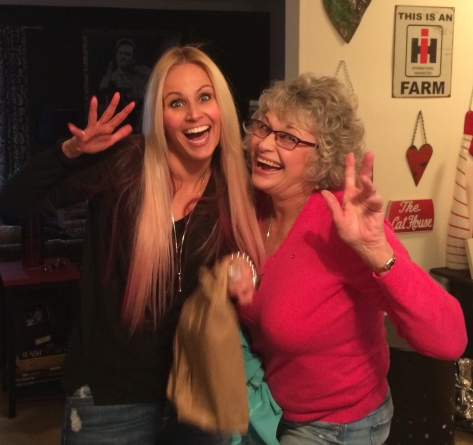 Aside from my family and very, very close circle of now known friends (funny how tragedy, traumatic experiences, etc. leads you to your faithful peeps) these two twin monkeys have done nothing but keep my rails from coming fully off the track. I mean, look at their faces. How lucky am I? Even if it was the most dismal year in the history of histories in my lifetime?

Speaking of rails on the track, while my job is typically a full-on shit show, I have people surrounding me in the office that are full of life, love and overall kindness. Their humor, wit and ability to deal with crazy on a daily basis has made my 2016 a better place. 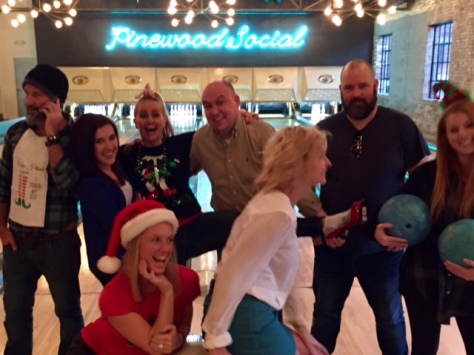 What made this year – day after day – hour upon hour – minute upon minute – second upon second – all the more difficult was the constant issue of rape culture and the shaming of women, men and any human who has suffered this intolerable situation. From Brock Turner getting a fucking six month sentence after raping a woman in public on a campus, to the published accounts of victims reading letters to their accused in court, to a fucking presidential nominee with 12 – yes 12 women accusing him of inappropriate conduct…one being recorded on tape resulting in a TV anchor’s dismissal from a network by simply being in the situation and not stopping it.

Not only does he “grab pussy” because he’s a “star” but he’s totally going to “Make America Great Again.” 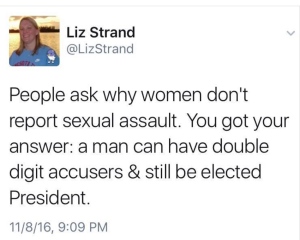 I’m all for voting and standing by your decisions. And I’m also not saying I loved the other choice on the ballot but fuck. Nominating a male chauvinist pig (among many other indecencies as a human being) as POTUS made the end of the year almost unbearable as a person in my standing. 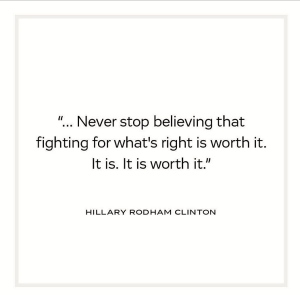 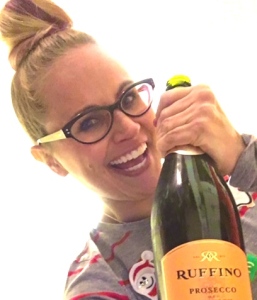 I will put on my finest threads and ride out the rest of the hours 2016 has to offer.

I will most likely headbang my way into 2017, giving zero fucks about the neckache I will endure.

Because if you are reading this, you have aided me through the darkest 365 day chapter of my life thus far. And I love you for being there digitally, emotionally, physically, snail mailingly, social medially, FaceTimingly, textingly, etc. You have no idea how much one message, like, encouraging word can carry me through days.

And now, it’s time for a fresh start. Not to say I – or anyone else – is immune to bad shit. It happens. It’s life and makes up the DNA of our souls. But sometimes enough is enough. 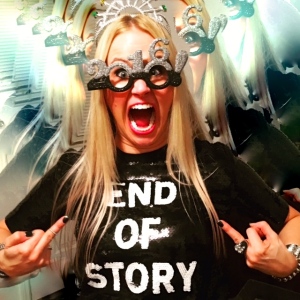