What do you do when it’s snowed six inches overnight in a city that can barely function when it rains three centimeters and you realize that you only have enough wine for one more glass?

SOMEBODY! ANYBODY! CALL THE WINEBULANCE!

Since the Nashville Public Works denied my attempts to sweet talk a street sweeper to drop some vino my way, I trudged out of the mini manse to further assess the situation.

So, I went back inside to load up on booze fuel in order to get my energy levels up in order to possibly face Snowmaggedon on my own. 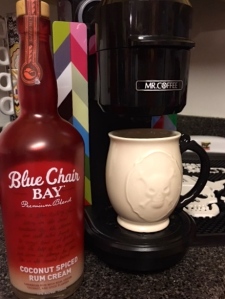 Running on coconut rum and coffee.

With a belly full of warm libations, I headed out to haul my ass to the mother of all things blizzard. The liquor store. 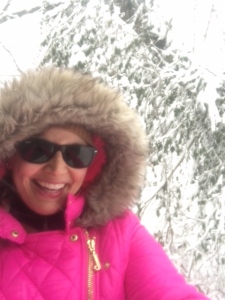 Naturally, I gussied Precious the Chug up in a matching outfit, as I needed company on my 1.5 mile walk. 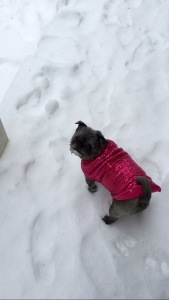 Presh was all kinds of excited until she saw this first block of wet nonsense she’d have to traipse through. 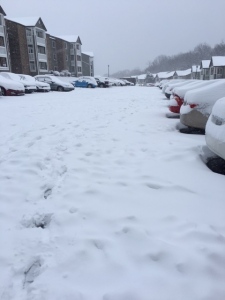 You want me to put my four inch arm in six inches of snow?

She turned around faster than one can acquire whiplash in a fender bender.

So then I was off on a lone trip to kill more of my vastly shrinking brain cells.

Losing site of each foot in the snow with every step.

Keeping myself entertained, I took selfies about every 200 feet.

I must say it was a tad eerie being out on typically bustling roads but I had no time to be scared because I was trying to thwart myself from heat exhaustion due to the 18 layers of clothing I’d thrown on myself before leaving my mini manse. 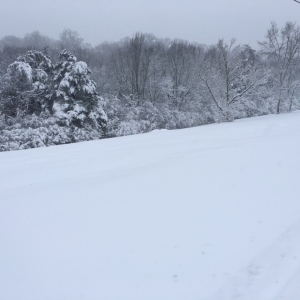 All down hill from here.

After getting tangled in branches that rivaled a Disney villain, I finally made it to the store after 90 minutes of non-wanted exercise.

I shoulda brought a backpack. Fuck.

Being that I didn’t want to over exert myself with back to back 1.5 mile walks (and also being that the entire way to the mini manse would be uphill), I decided to see if the bar next door was open.

Better fuel up before heading up the hill I just about had a heart attack coming down.

Everyone on the west side of Nashville appeared to be at the local joint, as it was asses and elbows at 4pm.

My kind of fuel.

Just so happens, I met up with some of my favorite gents who were looking for some snow day fun themselves. 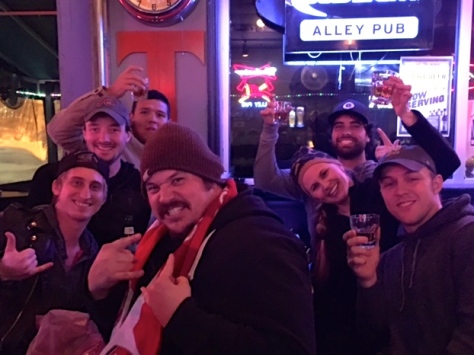 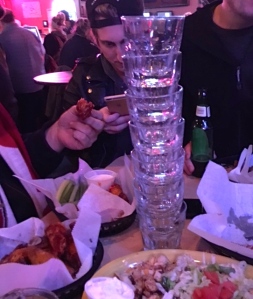 The ‘we made it home shot’! 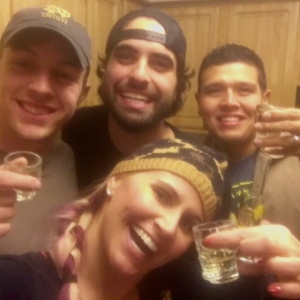 The ‘because it’s his birthday shot’.

Head banging from the couch. 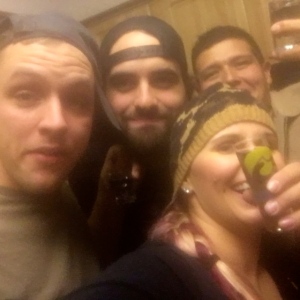 The ‘because we’re thirsty shots’.

Put your glitter kitty in the air. And wave it like you just don’t care.

The ‘because it’s a snow day shot’. 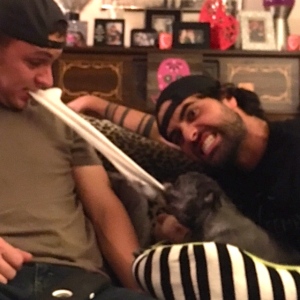 Sock fighting with a chug at its finest.

Because we can’t stop shots.

You know what comes in handy to soak up copious amounts of liquor consumed? Snacks. Unfortunately, due to the snow (and my decision to save myself with wine instead of food), I only had a pan of cornbread to offer as a feast. 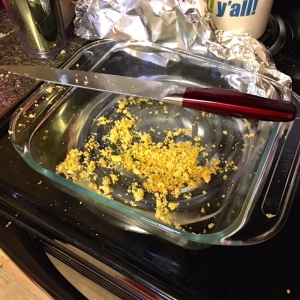 It went over well.

All in all, I’d say we partied our cabin fever right out onto the snow covered sidewalks.

What the fuck did happen last night?!