Get in on the shenanigans on Instagram…..
My handle is @cowboysandcrossbones.

All of 2018 wasn’t awful in the slightest but I’m more than thrilled to shed the layer another year added. Like an exfoliation of sorts. Looking back, it seemed like last year was equivalent to a decade with all of the political chaos, senseless gun violence, devastating hurricanes and wild fires, the staggering realization of where America truly stands on rape culture and victim blaming, learning that the environment is most certainly going to say “fuck you” to humans in about 50 years, shutting down the government, forcing peeps to work without pay, who most likely already live paycheck to paycheck over some fucking dumbass wall (get it the fuck together politicians) – and that’s just the non-personal junk. 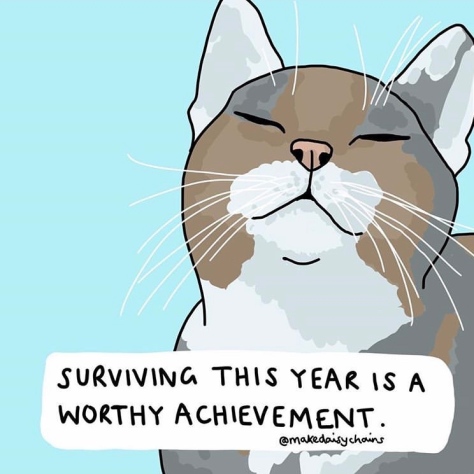 We made it!  Art by the ever kick ass Hannah Daisy of @makedaisychains.

Yet, there was some sort of seismic shift that took place toward the end of the year after I fell and gave myself a severe concussion (what I mindlessly refer to as a coma…I mean, they both start with the letter c). Resting my brain and body was not only what the doctor ordered, it was what my mind and spirit also needed.  Almost three years after Rapegate, I was back in the celebratory saddle and not.a.fucking.thing. was going to stand in my way.

Holiday spirits were high and so very not dry. 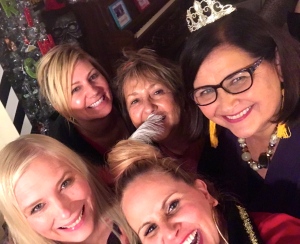 Holla!day fun with the girls.

Christmas craziness with my Iowa twins. 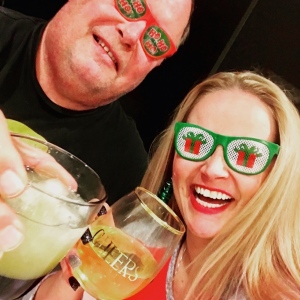 I have enough merriment to carry me and you through this entire new year.

Soon enough it was time to watch that famous ball drop, signifying whatever you want to call it. A fresh start, new chapter, another not going to follow any resolutions again, new year, new you bullshit. Aside from The Pussy Posse, a quiet night in with First Mate was the way to commence the out with the old, in with the new shenanigans.

First Mate with her fizz.

Nothing short of a klutz on my feet, I did my best to spoil our snacks before the evening even started. My leopard couch still smells like one big, raw shrimp – and the pussies love it. 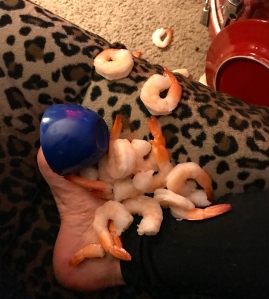 So we did what any gals would and filled up on champs instead (like we would have done anyhow). 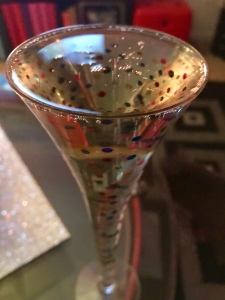 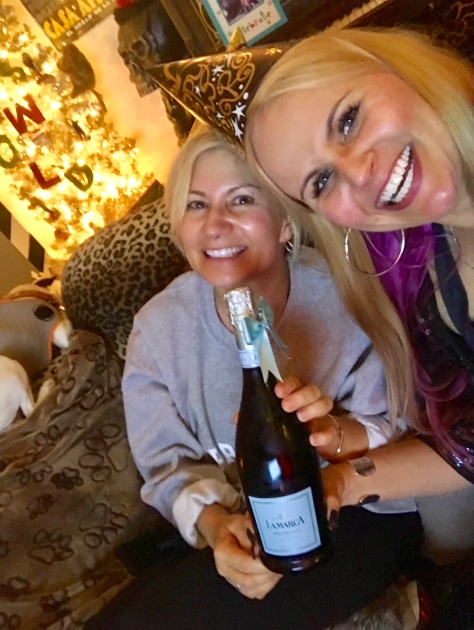 The problem wasn’t with our selfie taking skills, of course. It was trying to get the fucking bottle of bubbly open (why can’t my cats get off their furry asses and help?!).

Once we popped the top, the champs flowed, my 2018 skin was shed and we did what all party animals do. We went to bed.

The first day of 2019 was also the very last game of my beloved Hawkeyes football season. My team was playing Mrs. America’s Mississippi State Bulldogs and Iowa was the underdog.

Last game of the season!

Dada CBXB and I were hoping to score a touchdown, hopeful our Hawks wouldn’t get blown out. Not only did they score multiple times, enabling our family tradition touchdown shots, they also WON THE GAME!  Final score was 27-22. The first day of 2019 was not a horrible one in the slightest.

Cheers to a first week of freshness and hoping the spark stays alive in all of us this year. 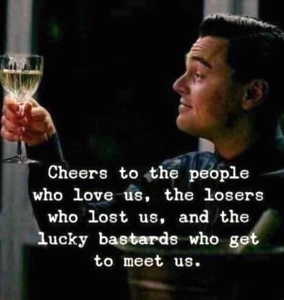