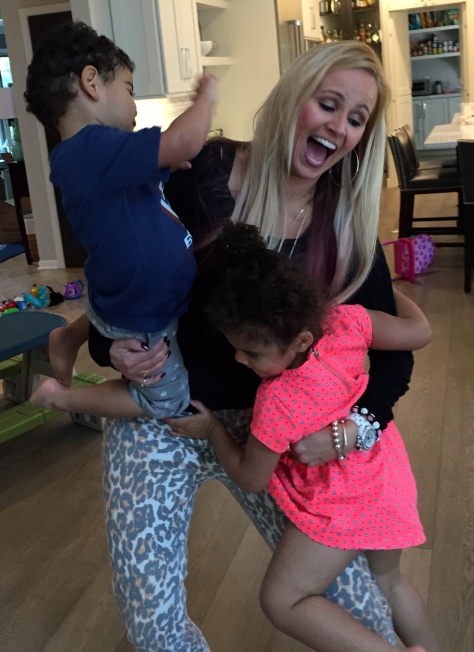 A trifecta of crazy.

It’s no secret that I am bat shit cray cray over my niece and nephew who reside in Iowa.  While I’m certifiably nuts over the twins, my pussies (especially Ted), the Iowa Hawkeyes and Skinny Pirates, my teeny kinfolk (a snazzy word I’ve picked up since living in the South) are bananas over chips and salsa.

Chips and salsa for every meal please.

While any old brand will typically do the trick when they get a hankering, there is one place that ranks highly in the hearts of the twins in regard to salsa. 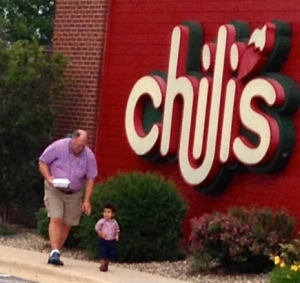 Twins of a different sort and their mothership of salsa.

A love for all things about the Chili’s casual dining experience, the twins go banana pants when it comes to the food served.

A cheesehead stringing his snack out.

Of course the main dish is typically copious amounts of salsa. 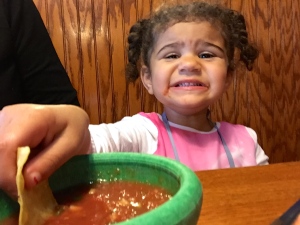 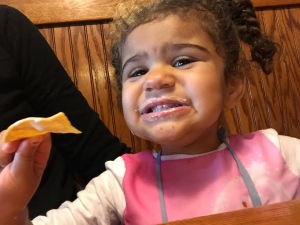 Salsa and cheese.
The gifts that keep on giving.

Just recently, a new adoration was revealed after a family sing-a-long of one of Chili’s most famous commercial jingles. (I mean, what classy family in desperate need of toddler entertainment doesn’t dig advertisement songs out from the past to pass down from generation to generation?)

Not sure what I’m talking about? Well, please tune in to the two virtuoso versions below. Yes, my heart is bursting with pride over the renditions of “Chili’s Baby Back Ribs“.

Allow me to set the twins up.

Naturally, I’m waiting by the phone for the marketing department of Chili’s to call and offer Prince and Princess B contracts (of course I’ll be the auntager, giving Kris Jenner a run for her billions).

The Nashville weekend was brimming with basketball, booze and those babies I adore in Iowa.

Ted was so happy to finally get a full bowl of his prescription cat food Friday night that he acted as if any kind of nourishment hadn’t touched his lips in three years (TRUTH: I couldn’t get to the vet early enough this week, so he and New Cat were forced to eat tuna, poor things).  It was such a lip smacking good party, Ted couldn’t get his head under the bowl (well, in his case martini glass) fast enough and ended up with food all over his furry bod. 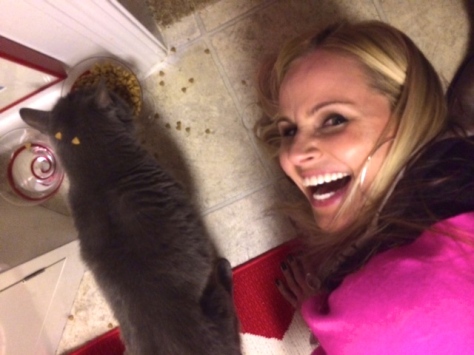 Getting crazier by the second in the mini manse.

My Iowa twins were gussied up in their finest Iowa threads in order to cheer our Hawkeye basketball team in the first round of March Madness.

The cutest cheerleader and football player my eyes have ever seen.

Although Princess B could have cared less that the Hawkeyes won when she found out the celebratory meal would take place at Chili’s….home of her beloved salsa. 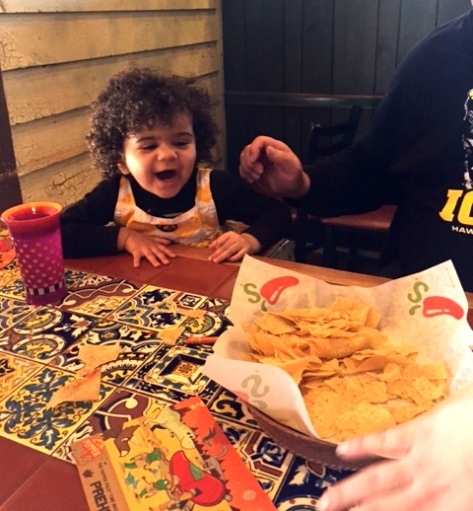 Who cares about basketball?

Wishing I was guzzling salsa with Princess B, I instead gave my kitchen a facelift with a new rug. First I thought it was a bit busy for the room – but who a I kidding? The busier the better in my mini manse!

There’s also something I’ve neglected to share with readers and for that I am sorry. Because I know you hang on every. single. aspect. of my trashtacular life.  So it is with great pleasure that I remind you my birthday is this Wednesday.

As in two days.

As in exactly three months after Christmas.

If you second day air mail packages, you’ll be right on time. If you snail mail, it will just keep my party going. I accept well wishes all year round however, so please don’t refrain as I obviously hate hearing about myself.

First gift of my birthday month!

Speaking of presents, I gifted Princess B with an Elsa swimsuit in which she promptly put on and pranced around. 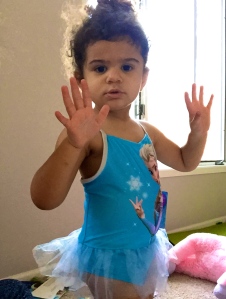 And when this tiny chick is in love with something it’s full on, full force. So she demanded to wear it out to play – with her leopard shades of course. 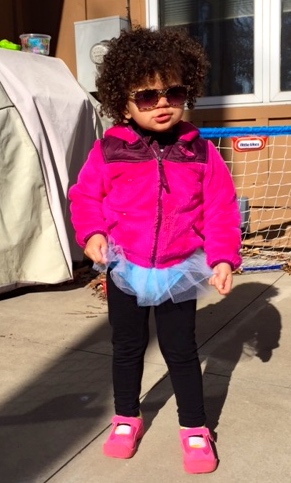 The second round of March Madness came on Sunday night for the Hawkeyes, and Dada CBXB was luckily in Iowa not only watching the game with the twins but also on a big screen.

Not hating life in the slightest.

When all was said and done, Iowa got their asses handed to them and we decided to mourn the loss differently. 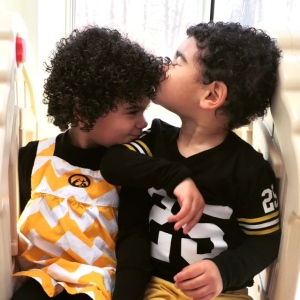 The twins kissed their blues away.

While I decided to drown in my sorrows with the fullest martini I’d ever seen. 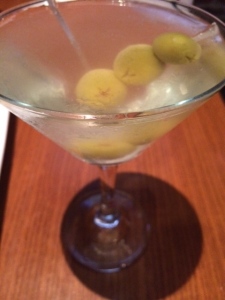 A martini worth the moola.

A cocktail so full, I couldn’t use my hands to move it, therefore I sipped it as if I was a classy lady. 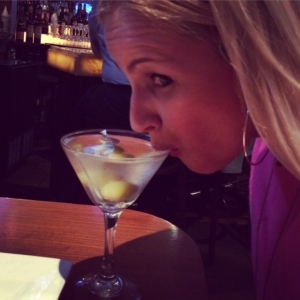 Upon returning home, I found my two pussies in a shoving match atop the pink sparkly hamper (which is normally Ted’s domain only). 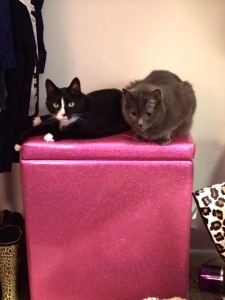 Upon the completion of the feline WWF show, I decided to make us friendship bracelets, as a reminder we can all get along. 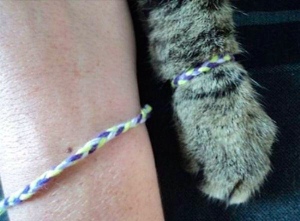 Again, crazier by the second here at the mini manse.

Here’s hoping you have a crazy fun week friends!