A long Nashville weekend with no definite plans AND college football season kicking off? Hello Heaven. 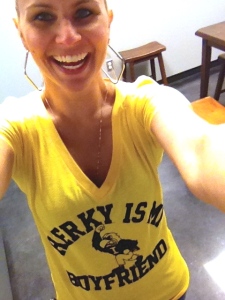 Oh yes, that’s right. Herky the Hawk is my boy toy of the football season.  I cheer on the Iowa Hawkeyes (unfortunately for me, I’m sure you’re thinking) which is going to be pretty brutal this season after viewing Saturday’s game. But I had to proudly wear my college colors on Friday, as it was “Celebrate College Colors Day,” and I pretty much look for any reason to jump on a celebration band wagon. 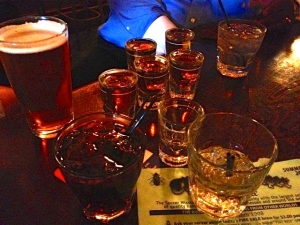 A gang of happy hour folks welcomed the long weekend with open arms (and Fireball, Skinny Pirates, beer, vodka and gin) as we waved goodbye to summer. I kept having to tell inquiring bar minds reading my shirt that yes, the Iowa Hawkeyes are a college football team (there really are other conferences outside of the SEC) and yes, my boyfriend is a bird. Jesus. What is it with people?!

Ted was SO over me not coming straight home from work and fawning all over him that he pretended to be going to bed as I arrived home around 7pm. 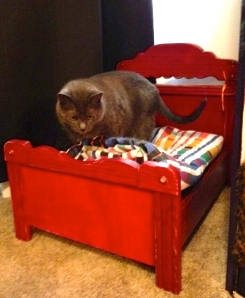 I’m just going to turn in five hours early, since I now hate you for hanging out with your friends for a whole two hours.

I coaxed the Bear out of his bed and let him watch me try on outfits for game day – and he could barely glance my way without the look of pure, utter annoyance all over his furry face (that or he thought my skirt was hideous). 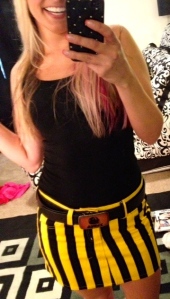 Would you acknowledge me in public?

The start of football season also means tailgating food. Holla! To say my mom’s taco dip was devoured on Saturday would be an understatement. 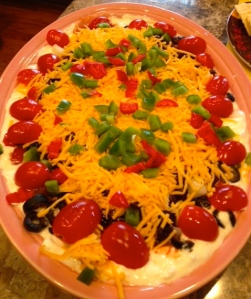 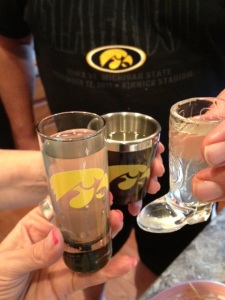 …which we kinda worried about when our Hawks hit 24 points. 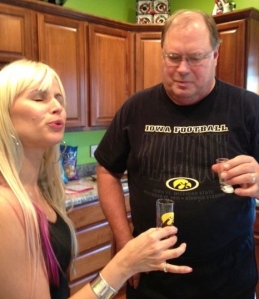 But then we quit scoring after the third quarter and we were stone cold sober by the time we lost in the last ten seconds of the game. Boo. Hiss.

You wanna know who else was being a hissy face? His Royal Highness Teddy Bear was beyond irritated that I was going out on Sunday evening, as he sat perched on my hamper (yes, it’s pink AND sparkly) while watching me get all gussied up for the honky tonks. 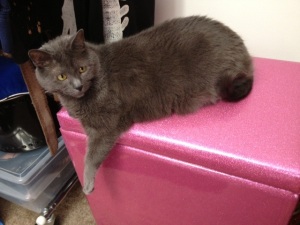 Seriously?! You’re going out for the third day in a row?

What’s a holiday weekend without a PBR and Miller High Life at Robert’s Western World? 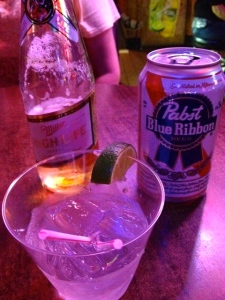 You’d think that going to the bar with your folks would be the best man repellent ever. But somehow, I still managed to get a marriage proposal and had the inability to shake a “will not get the hint” dude who kept wanting to dance. I should have just had my not-so-tiny 6’4″ dad stand up to shoo them away. 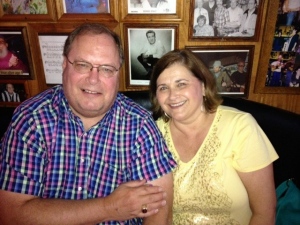 Do you have their blessing, Mr. Marriage Proposal? 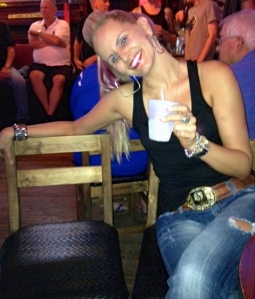 I saved you a seat…why were you a no-show?

Arriving home, the feline in my life was once again pretending to be in bed. 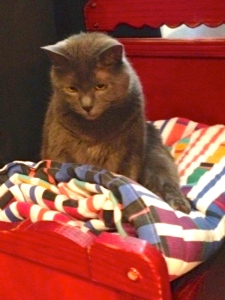 I swear I’ve been here all night.

I coaxed the little monster out of his ‘slumber’ for some late night snacking and catching up on Dexter (Holy shit – so good. I can’t believe there are only three more episodes!). 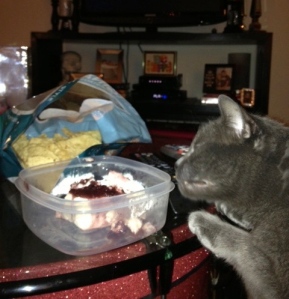 I enjoyed an entire pool (I have no clue why my neighbors don’t want to roast in the sun – it’s like they care about their skin or something) to myself on Labor Day (while trying to capture the photo, I almost dropped my phone in the water. The things I do for a post! I mean, how could you ever have imagined an empty pool without a photo with half of my face in it?) before the rain came to ruin my lazy, lounging fun. 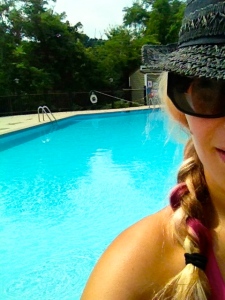 And as I left for work today, someone had not moved a muscle through the alarm, shower, hair dryer, TV and breakfast shenanigans. 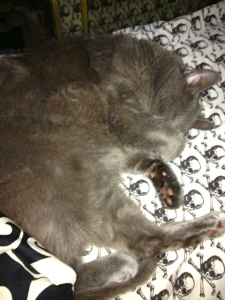 Too much together time makes for one tired Ted.

It’s like he wanted me to leave already. What an ass.