Life lately has felt as if I’ve been needing a machete to cut through the roughage of life growing up all around me. While it can more often than not feel all-consuming, it’s always a bonus when you got folks who have your back in blowing off some steam. 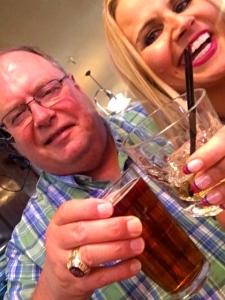 Like Dada CBXB always ready for a cold one.

And when I need it, suck down Skinny Pirates, I do!

With a little extra help from Camo and The Silent Indian, my spirits were flying higher in no time at my local haunt, Dalts.

You know what else exposes my pearly whites? Pics from the world’s cutest niece and nephew. 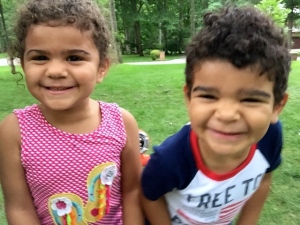 Not only should these two faces be in magazines, billboards and on TV (I beg their mother to let me be their auntager) but Princess B could rock the world of hair with her tresses.

But then again, her awareness of self is already gigantic – I wonder if the world could handle her.

All ‘tude. All the time.

Speaking of cuts, Precious got her summer chop going on and won’t stop strutting around the mini manse. 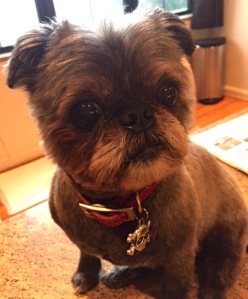 Chug-a-lug got a cute cut, too.

Ripping myself away from twin photos and my real life ewok proved difficult but somehow I managed when my buddy invited me along to see Guns N’ Roses – which from the hype was going to be the Nashville concert of the year.

You know when you don’t want to get your hopes up, keeping expectations low because aging rockers somehow, someway, typically disappoint?  Well, this wasn’t the case Saturday night.

I have always wanted to see Guns N’ Roses in all of their glory but when Axl Rose (who looked like he could be a Real Househusband of LA due to over botoxing but sang like a motherfucker), Duff McKagan and Slash (the ultimate shit of rock guitar shredders in my book) came out and took the stage in Music City my expectations were far exceeded.

I’ve seen the Stones. I’ve seen Paul McCartney. I’ve been backstage, side stage and on stage at numerous stadium shows for some of the greatest acts in the industry due to my work life. However, this show took the proverbial cake because I couldn’t stop smiling the entire show (or screaming, or air guitar playing or stopping myself from buying a new wardrobe so I have a GNR shirt for every goddamn day of the week).

That show put some much-needed kick ass pep back in my step. The concert also reminded me of the time years ago I made an ex-boyfriend dress as Axl to complement my Slash. Not hard to wonder when I want to dress as old rockers for Halloween why we’re not still together (well, aside from the fact that he’s dating a newer version of me who will probably go the route of a Hooters waitress for dress up holidays). Ya dig? 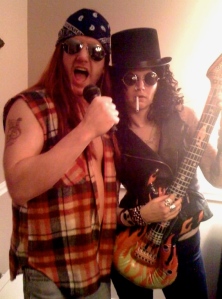 Where do we go now?

Where did I go? Straight to the lovin’ teeny tiny T-rex arms of my fave chug, Presh.

Rocked out, lights out.

Sunday marked a milestone in the mini manse. The baby, Elsa Pants, ventured to Ted’s glass of kitty caviar – and lived to tell about it. 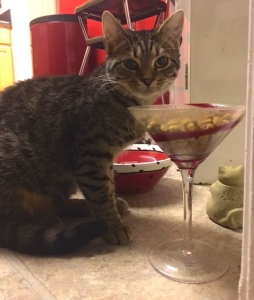 Another fabulous pick-me-up over the weekend? One of my beloved gal pals, Bex, found the hardback (you know, because hardbacks are way more convenient than a paperback or Kindle) version of my all-time fave books, Stephen King’s The Stand. I have been looking for this nearly a decade and she stumbled upon it at a used bookstore – and remembered! Great friends kick ass. 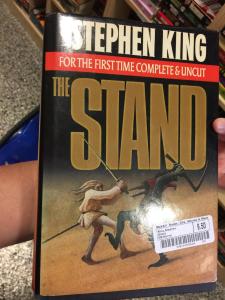 Although I don’t have my hands on this masterpiece yet, I did settle down with Stephen King’s newest End of Watch and it was so fantastic, I read it all on Sunday. With company of course.

A little less wild in my jungle by weekend’s end.