Did you think I fell off the face of the fucking earth? Well, I kinda did.

After the start of this year, I knew January was going to be a doozie, so I stuck my head in proverbial sand, pretending I was the world’s most glamorous ostrich.

The first month of 2017 marked the initial 365 days without my sweet J.Bean on the planet. The absence of this fiery young force is missed tremendously by her family and friends.

Couple the above situation with the first anniversary of bad shit happening to a good person (yours truly) within days of one another, I almost hunkered down in my dressing room to cry the rest of my life away (with all of my furry pussies, of course). I was hoping a sparkly asteroid would hit my mini manse. 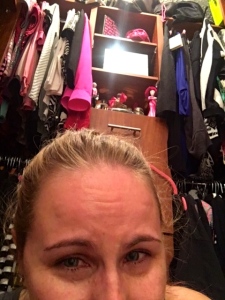 Instead, almost one year to the day of my bad shit, I found motivation to get my ass the size of Iowa out of the closet. I chose to march with millions of other folks in hundreds of cities across the globe in solidarity with the Women’s March on Washington (if you’re one of the people still wondering why this took place (has your head been in the sand – or perhaps my purse from above?) I’ll be addressing that in a later blog). The Nashville march expected around 4,000 people. Over 15,000 showed up and peacefully flowed through the downtown streets. 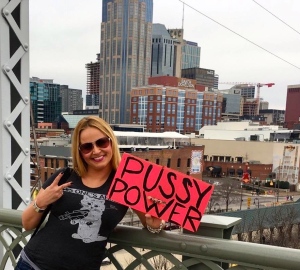 Surrounded by thousands of fellow citizens made me feel less alone (which seems utterly ridiculous, since I have a support system that rivals the American military). On the actual anniversary evening of my incident, gal pals came over to the mini manse and at midnight, we cheersed the fuck out of surviving various bad shit that happens to all of us.

We survive. We persevere. We kick ass.

Starting the second month of 2017 off on the right high-heeled foot, I found myself feeling empowered, emotionally stronger and proud that I trudged through the worst few hundred days life has presented me thus far. Still struggling with PTSD, adjustment disorder and severe stress caused from one single traumatic event – I finally felt some of my happy seep back in. Happy – the one thing this lonely lady has needed most out of the many things stolen from her in an instant. And anything that makes me feel better seems like a goddamn victory. 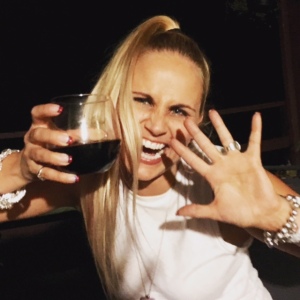 I also found myself suddenly unemployed – but can’t say I was sad. 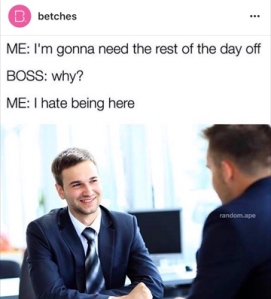 Although my wallet is waaaaay lighter, my spirits are brighter, not breathing fumes from a toxic environment. Stumbling into unemployment presented all kinds of fun. Like getting into a small fender bender on the way to a therapy session minutes after cleaning out my office.

Nothing a glass of vino can’t fix. With a side of car insurance…

… and a round of life savers.

Time away from the daily grind has been fabulous. It’s allowed me to arrange a long trip to Iowa, aiding Aunt Crazy Pants in kicking some cancer ass.

When bad shit happens to good people, sometimes they (who moi?) lose their fucking minds and adopt three cats at once without first consulting their existing pussy and chug. 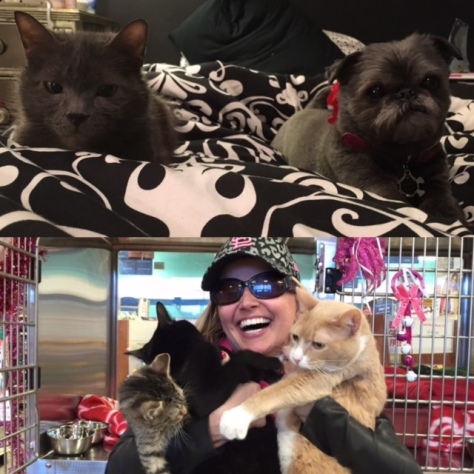 Some of us were more happy than others on adoption day last year.

This milestone gave a big reason to celebrate! I mean, what pussy wouldn’t be thrilled to come home to a trashtacular mini manse and doting (albeit almost certifiably cray cray) mama?

One year later…taking the damn manse over.

Having extra time on my personally manicured talons also means I can stare at these two mugs all day long.

Waaaaaaay too cool for school… 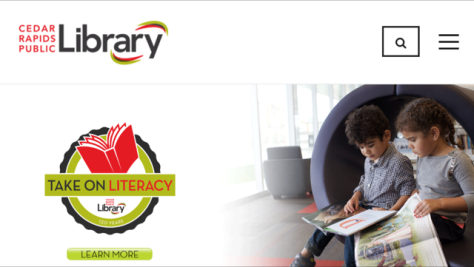 … but not too cool to be models for their local library’s website. I’m waiting patiently to be their auntager.

While we creep into a Nashville spring, the reminder that human beings are generally kind has enveloped over me like a hangover seeps out of your pores on a Sunday morning. There’s finally a light at the end of the longest fucking tunnel I’ve ever looked down (maybe it’s more of a Grand Canyon type deal but you get the point, right?). Mind you, the hue is fuchsia with flecks of pink sparkle slowly falling all around. It doesn’t twinkle or glisten.

Until then, I’m satisfied being just a little bit of a happier shit show.

At least I’m alive and kickin’!

Now, how the hell are you?

Who says Friday the 13th is bad luck?

Be my bloody Valentine or else…

Friday, I stopped by my fave watering hole Dalts to learn that I’d won the Superbowl pool, as I happened to bet on just the perfect box.

Skinny Pirates for everyone!

While I was rolling in the dough, Princess B was putting the finishing touches on her Valentine in frigid Iowa.

I know, I know. We have a mini Picasso on our hands.

I found myself busy chalking up more sideways glances than a Brian Williams statement in my crazy cat lady giddy up, prancing around Nashville in my day of love sweater. 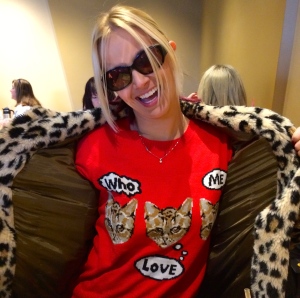 Who love me? Meow.

Valentine’s Day seemed to exhaust Prince and Princess B who could only muster a nap in their bouncy ball house. 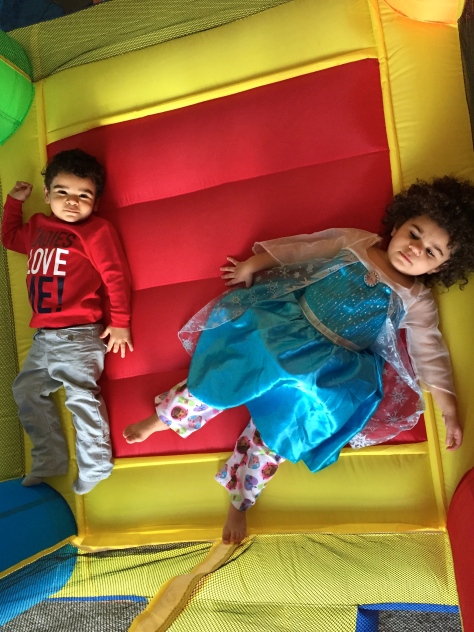 Yes, my family has its very own Elsa.

But love was all around the mini manse when Dada CBXB appeared and New Cat mauled him all afternoon.

Maybe it was because New New could smell the tasty burgers in which we’d just stuffed our faces.

On the other hand, I was busy tending to more important matters as ice was in the forecast for Nashville. 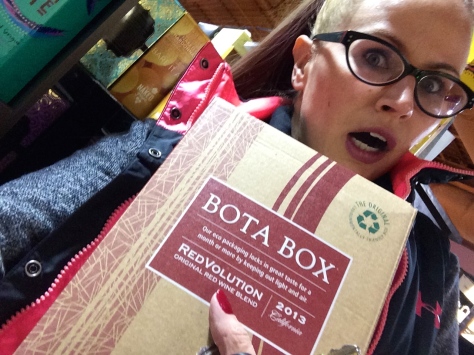 Who needs bread and milk? I stick to the necessities, people!

Being that I live in the 90210 of Nashville (the outskirts – but still) I was thrilled to see this lady gussied up in her finest fur, while keeping it relaxed in the sneakers and low budget on the vodka. 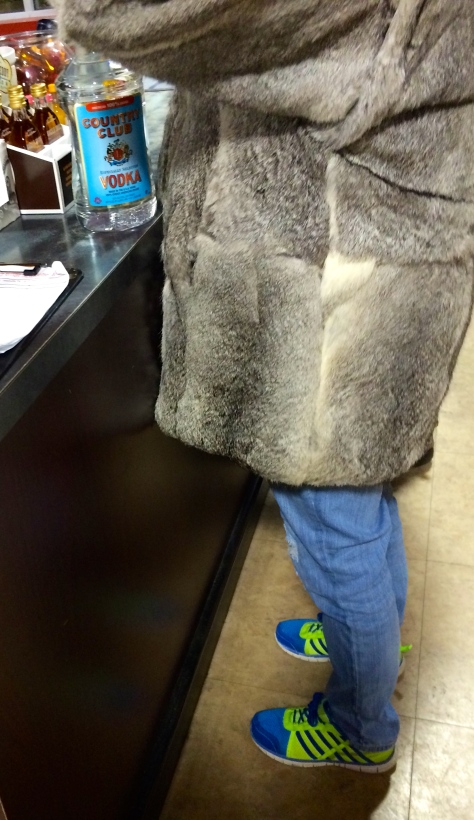 And this morning, the ice had arrived in thick droves.

Because I live in a region of America where we have two snow plows and zero winter weather preparation (in a city with a population close to one million) all of Nashville is enjoying an Oprah moment.

Except it’s hard to make a snowman out of ice.

But I must say, snuggling down between the sheets with my favorite pussy hasn’t sucked at all. 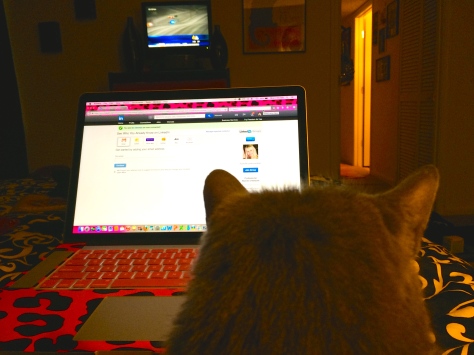 Except Ted keeps trying to dictate my emails.

So while I have Captain, wine and more Captain to keep my belly warm, I sense this might be an issue in the next three to four hours… 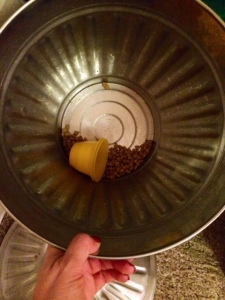 One scoop with two cats to feed.

I may wake up with half of my face eaten off tomorrow morning, which would serve a cray cray cat lady right.