There are 168 hours in seven days time. Last week, I think my eyes may have been open a solid 24 hours maximum. I caught some sort of bug that made me incapable from seeing the back of my eye lids. When I tried to go to work on Wednesday, I sat down to have coffee on the couch at 6am after 12 hours of sleep and suddenly woke up at noon. 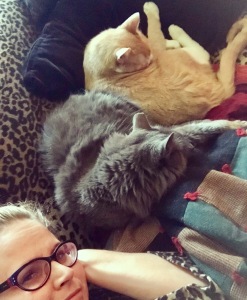 When I did make it into work on Friday, I sounded and looked stoned. My eyes were little slits, so being the 90-year-old I’d morphed into, I had to leave at noon and promptly take a four-hour nap upon my arrival home to the mini manse.

Day of the Living Dead.

In between sleeping all day and night like a newborn baby, I was able to catch up on some news. I almost taped my eye lids open to read every single report of R. Kelly being indicted on 10 counts of aggravated sexual abuse. Looooooooooooooooooooooooooooooooooooooooooooong overdue. He’s been taped having sex with minors, reportedly keeps women hostage and if you haven’t seen the documentary series on Lifetime, Surviving R. Kelly, watch it. The revelations will make you queasy. He was acquitted in 2008 for child pornography charges but where there’s smoke, there’s fire. Suck it R. Kelly.

In not so fabulous news, I read that outright racist, Steve King, who was yet again voted into Congress by Iowa (narrowly beating J.D. Scholten who actually campaigned and visited every.single.county in the district while King sat back and watched) plans on running in 2020. If you live in one of the 39 counties in the 4th District of Iowa (click here if you don’t know if you live there) and don’t go to the polls and kick this motherfucker out of office, then you’re doing something wrong. The fact that he unabashedly quotes and defends white nationalism should be enough but if you need more convincing, contact me. 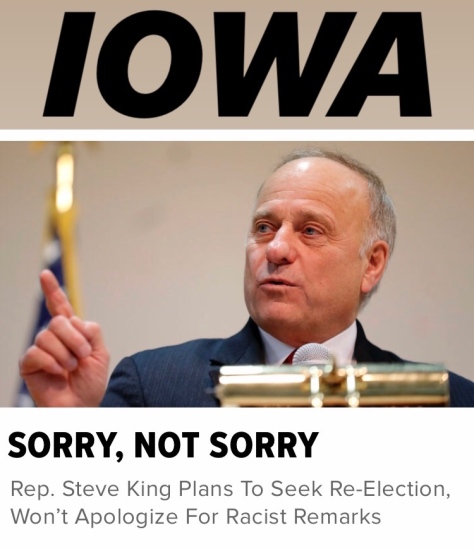 When this sleeping disaster woke from her slumber Friday evening, I was greeted with a FaceTime from Scooby. What this technologically challenged lady didn’t know is that if you have the iPhone 10, you can make your head anything you want. And now this is a must have for me. 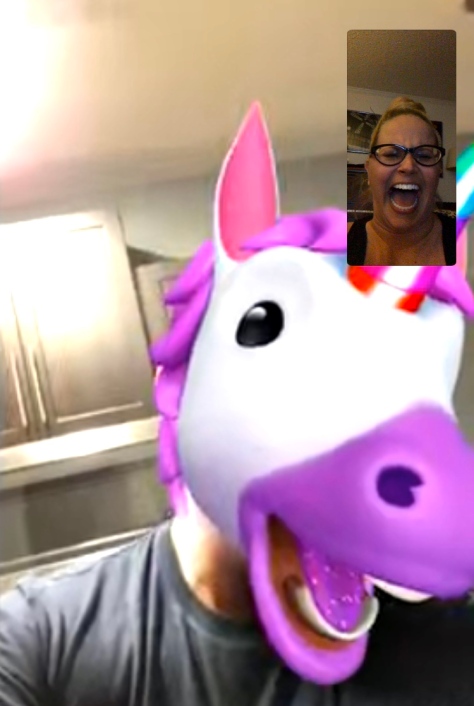 Saturday would have been Aunt Crazy Pants’ birthday. 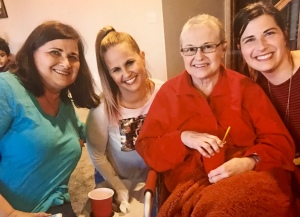 While ACP should be here, we know she was having gin rickies galore upstairs, so in her honor, Mama CBXB and I got together to celebrate. When she showed up at the mini manse, we had unknowingly dressed as twins in green and sparkle.

Green was ACP’s fave color and we showed up in Irish spirit. We went to the Cheesecake Factory where her favorite gin rickey is served, we found a parking spot, one bar table was open AND I kept my eyes open until bedtime. Think we might have had some help from above.

Gin Rickies for everyone.

Two other hooligans celebrating were my Iowa twins who are living it up in Mexico this week. 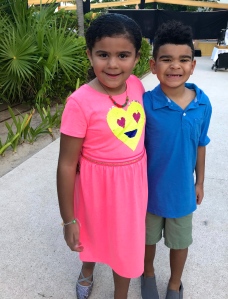 Off to the beach! 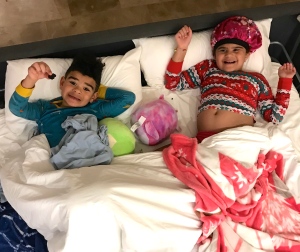 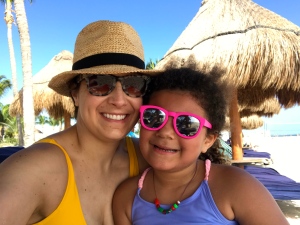 They have been so active, I’m exhausted just by looking at the pics sent of their overabundance of fun. On their second day – before noon – they’d been swimming, gone on a boat ride, zip lined and swam again. Meanwhile, I was very busy deciding to keep my celebration tree in full swing.

When you live in Tennessee, it’s no big deal if your Christmas tree is out all year. Or so I tell myself.

Rounding out the celebration festivities, who doesn’t love an Oscars party? The twins walked the red carpet in Mexico. 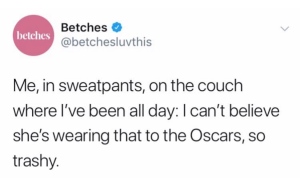 Well, actually I did have on a floor length sequins jacket and rhinestone wine glass, so that counts as glam, right? 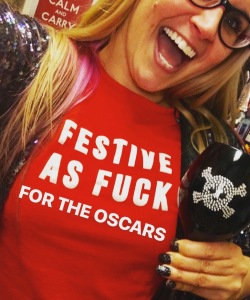 We paired our boxed wine with fancy cheese of course. 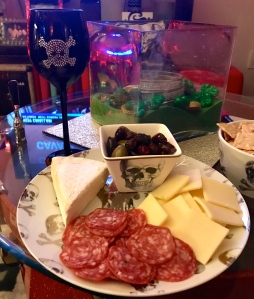 I loved this year’s show, which opened with Queen featuring Adam Lambert and had to rewind the performance of “Shallow” with Bradley Cooper and Lady Gaga three times. I died. I cried. I’m still swooning over the fucking thing. Shortly after that part of the show, my cable went out. And that part wasn’t as pretty with me yelling into my phone for Instagram stories while I was missing out on Best Actor, Best Director and the other fucking big time categories you wait three hours to view. Oh, Comcast is getting a letter.

These two were not alarmed in the slightest by my raised voice.

Lucky for me the internet exists and Aha! was able to pull up the speeches I’d missed. Also lucky for me, I was gifted tickets to the Nashville Predators (hockey for you non sports folks) game last night. Dada CBXB sure hated it. 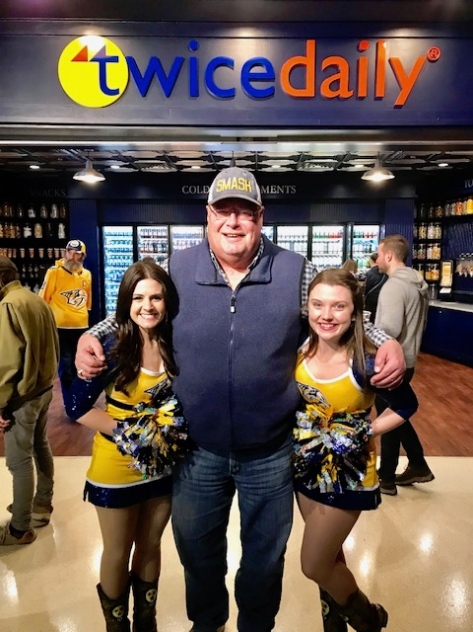 We started the evening off at the very first honky tonk I ever took him to when he first visited Nashville.

We realized that when I am trying to take selfles of us, I lack the needed arm length when he is standing at his normal height (and not squatting to get a touchdown selfie during a Hawkeye game). 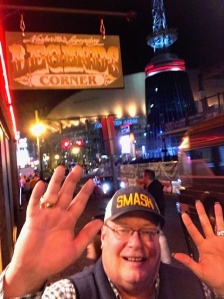 We got smart and asked another human to take our photo when we got into the arena. The seats were killer, the game was close and the Preds kicked ass by winning in a shoot out.

And we all know how I ended the evening… 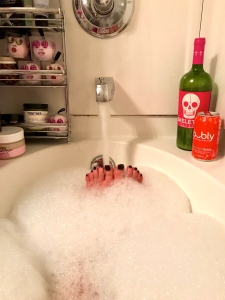 Cheers to keeping our eyes open this week!

Cocktails, shopping, cats and Oscars added up to fabulous Nashville fun this weekend. 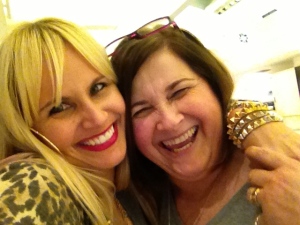 Shop ’til you drop.

After a low-key Friday night (trying to avoid a repeat of Sushi’s Revenge), Mama and I headed to the Mall at Green  Hills (small slice of Nashville heaven) where we decided it would beyond cute to get matching t-shirts at Juicy Couture on Saturday.

All of that shopping lead us to Cheesecake Factory where we quenched our thirst with strawberry martinis. 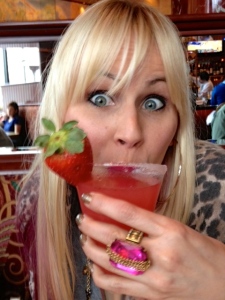 Feels so good when it hits the lips.

Upon review of my purchases at home (how could I go shopping without getting a pair of shoes?), New Cat (yep, he’s still here) claimed one of the boxes for his very own bed (as I’m sure you all know Ted has every other nook and cranny of my mini manse under his paws).

I hunkered down to be a tried and true crazy cat lady on the leopard couch. 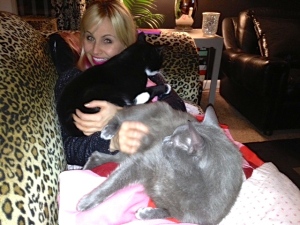 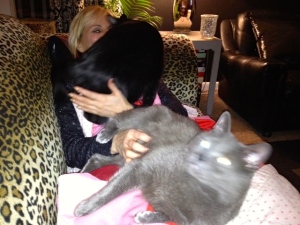 While I enjoyed a sunny Nashville morning, my twin cutie pies in Iowa were busy watching their dad shovel snow in zero degree weather.

Cold doesn’t have any impact on their adorableness, of course.

Little did I know, snow was in the forecast for Sunday night and hundreds of shoppers greeted my appearance at the grocery store. Like, lines 22 people deep. At 11am. On Sunday morning.

Forget the bread and milk. I need booze!

Which is why I stopped for a bloody mary on the way home.

With a warm belly full of vodka, it was time to head to my mini manse and get prepped for the Academy Awards.

Me and my fancy snacks.

Because I have the hand strength of a 92-year-old, it took a good 45 minutes trying to pop the cork off the champagne bottle. Much to Teddy’s delight, I finally got the damn thing open. 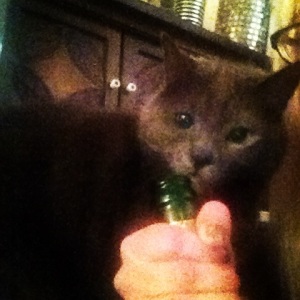 After averting a champagne crisis, we got down to business devouring the classy chocolate chip cupcake (and I must say for being gluten-free, dairy free, and soy free was pretty freaking delish).

While admiring all of the glitzy gowns and glamour, my friend Tony supplied me with a pic of what I need the floor of my closet to read…

You know all of those folks freaking out at the grocery store? Well, they were right as this morning the city has shut down due to snow and ice. 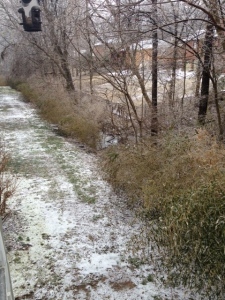 Ice in the city.

While they’re enjoying their bread and milk, I’m enjoying my Skinny Pirates.

Now who do you think is having the better snow day?

First, you must be on the same page about what outfit to wear.

Mr. Ted E. Bear started with his sparkly silver fedora but soon changed his mind after watching the red carpet.

Does this hat make my face look fat?

Upon seeing the glamorous stars, he wanted me to dig out his Christmas tie and decided to prance around our mini-manse until dinner was served. I on the other hand, held firm with my first decision – my leopard print onesie (click here to see me in all of my glory).

You also must have a signature cocktail.  We settled on Kir Royales for the Oscar evening (Teddy was overly cautious (and scared) of the bubbles when trying to drink, therefore I had to polish off the champagne alone – poor me).

First pour two ounces of Chambord in a glass, top with champagne and if you wish, garnish with fruit.

Be sure to have good eats that appeal to the both of you.  I found sushi with tuna, salmon and shrimp – three of Ted’s favorite.

And sweet treats are also a must – I found a pretty cupcake for Teddy and I to share.

We both had the stars we could NOT wait to see. Mine was Bradley Cooper (duh) and Ted’s was, well…Ted.

After all of the excitement, Teddy could hardly keep his eyes open the rest of the telecast.

Does this show ever end?

Be sure to have entertainment to keep your feline awake, as I accidentally fed Teddy too much fish and frosting.