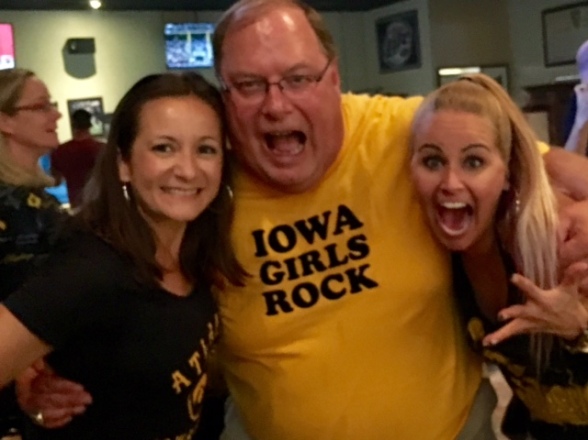 Being an Iowa Hawkeye football fan leaves most folks with a sense of pride (I mean, hello, ever catch my blog during football season?) even if their season is sometimes less than stellar. 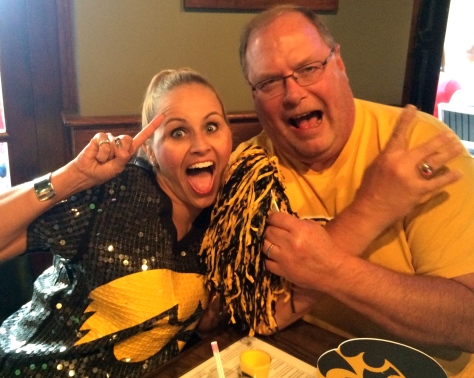 Iowa is not only known for its corn, it’s truly dubbed the Hawkeye State. I grew up singing a song that included the line, “where the corn grows tall and the kids grow great. I’m glad I live in the Hawkeye State!” 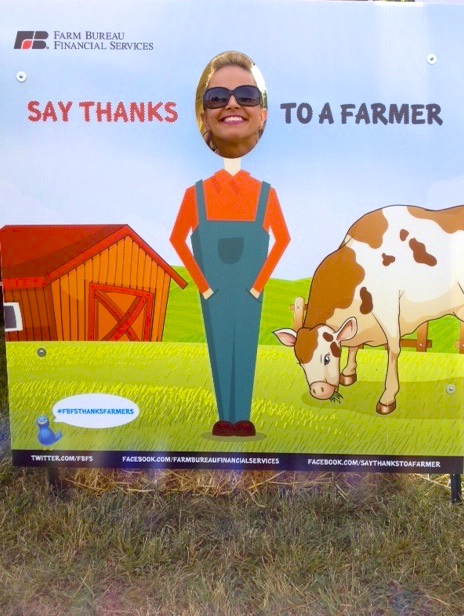 If any strings are attached in being associated with this university, they’re welcomed. Now that I live in Nashville (or if you live anywhere outside of the Corn State) when I tell people Iowa is my original home, I’m received with “Oh the Buckeyes!” or “The Potato State!” and living in the South, some peeps think I say Ireland when I say Iowa (no fucking clue how they hear that, as all Iowa schools taught phonics but whatever). 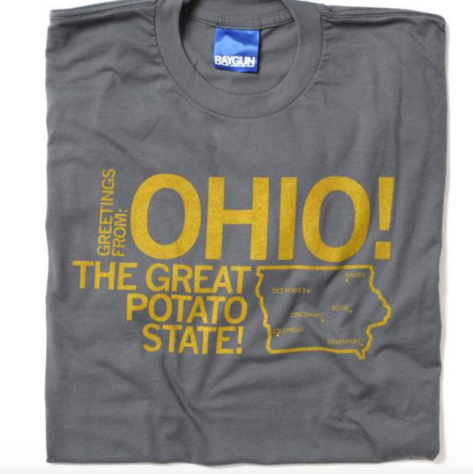 My point is the University of Iowa may be little known by others but man, the people there are some of the fucking greatest. And it’s not because they’re mostly from Iowa (although I swear to god that the state produces the nicest, most modest (aside from me of course), hard working, earnest, salt of the earth people ever).

I was surprised yesterday by an act of kindness that almost (I said ALMOST) made me ugly cry in a happy way (which pretty much means hell would have frozen over because the first and only time I happy cried was five years ago after finding out the twins had arrived). 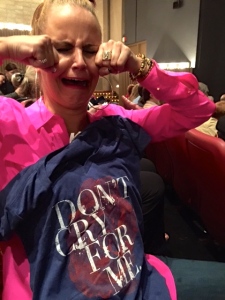 I have a Hawkeye football poster I get every year from the Iowa State Fair (one of the greatest events on the planet) hanging in my workspace, along with a few other pieces of Hawkeye memorabilia. 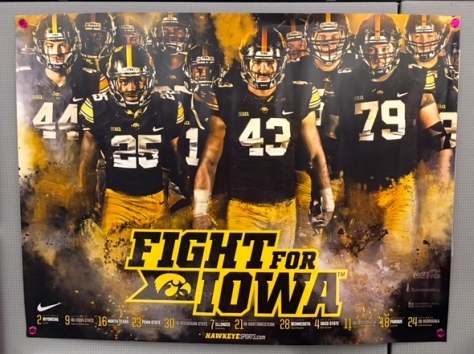 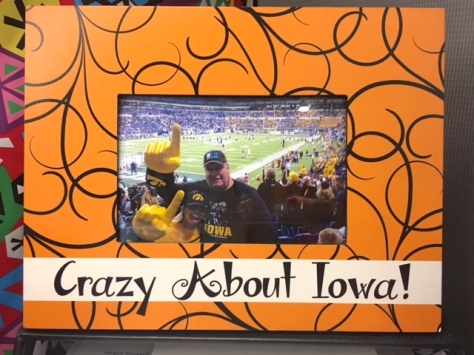 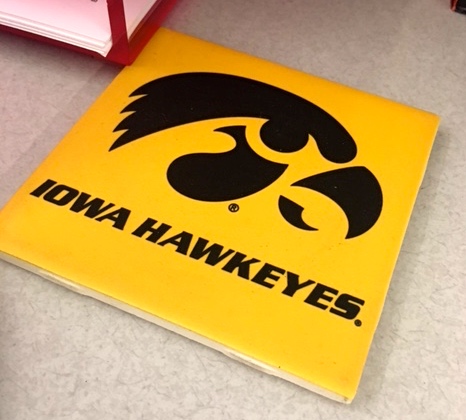 Even cups get the Hawkeye treatment.

The poster has been a great conversation starter and almost any college football fan stops to comment upon seeing it. One vendor stopped and asked if I knew of CJ Beathard (quarterback) and George Kittle (tight end), both who played at the University of Iowa and both of whom were drafted in 2017 by the San Francisco 49ers. Almost responding with a “fucking duh!” I was excited this dude knew past Hawk players. So we chit chatted about how Beathard and Kittle were the shit and then the gentleman slid in that his son also was drafted in 2017 by the 49ers. His son roomed with Kittle and is tight with both former Hawkeye players.

I couldn’t wait to text my dad and tell him the scoop. 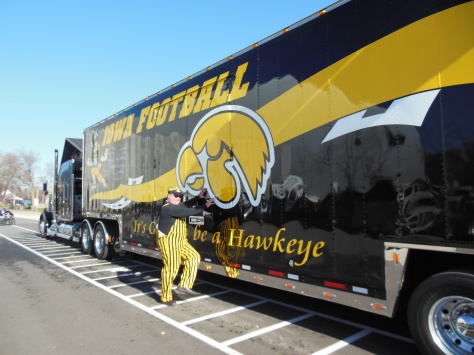 You know, because he’s a little bit of a fan, too.

I looked up Trent Taylor, who is a wide receiver (from the Nashville area!) for the 49ers and my new buddy’s son. Every time Dad Taylor came to our office, he’d stop to talk football shop and I enjoyed hearing a little inside scoop. Well, yesterday was just a dreary winter day and I got a phone call from Dad Taylor asking if I was in the office and then he instructed me to meet him in the lobby in 15 minutes. 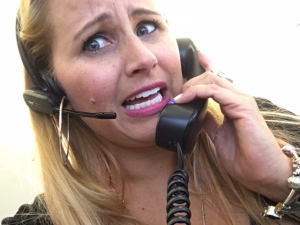 Still having trouble with a regular fucking phone and a headset. But I’m here.

Assuming he had something for my boss, I moseyed up to the front and waited his arrival. Dad Taylor had a FedEx envelope in his hand and as I went to grab it (ever the classy gal that I am), he put his hand up. “I have something for you and I want to see your expression when you open it.” What? What?!

It was an autographed photo signed to me with the inscription, “Go Niners! Go Hawkeyes!” along with signatures from Trent Taylor, CJ Beathard and George Kittle. FUCK ME IN THE GOAT ASS. 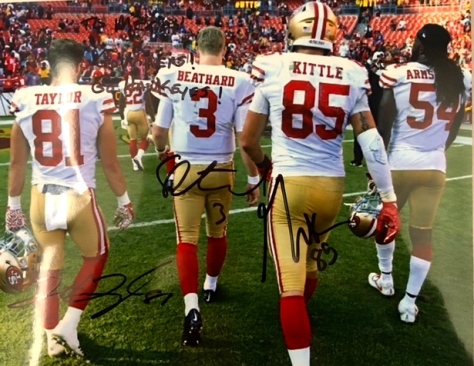 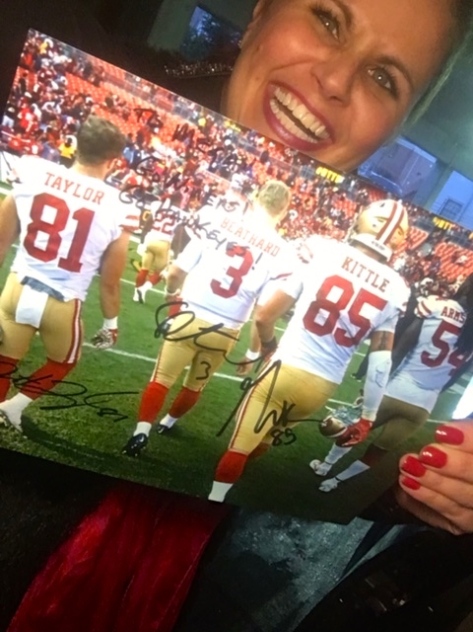 I realize that it’s just a picture. But the idea that someone who doesn’t know me well, just wanted to do something nice for the sake of being fucking nice. Trent Taylor’s dad reached out to him and Trent took the time to not only sign the photo himself but get Beathard and Kittle to do so as well. Standing there trying not to shriek my brains out, with moist eyes, all I could utter was “I can’t say anything right now or I might cry and I’m never a lady with nothing to say!”

Dad Taylor did what most dads would do and gave me a great big hug and said, “I’m so thrilled you’re thrilled.” I basically skipped my way around the office the rest of the day showing anyone who would look and listen (and gave no shits) my photo and back story.

I ran around searching for the perfect frame and naturally got something ultra studly to home the picture. A matted, mirrored frame. That sits proudly underneath my Iowa Hawkeye poster. 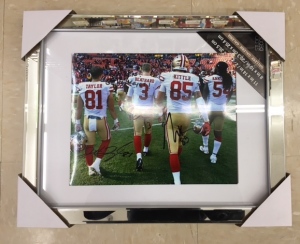 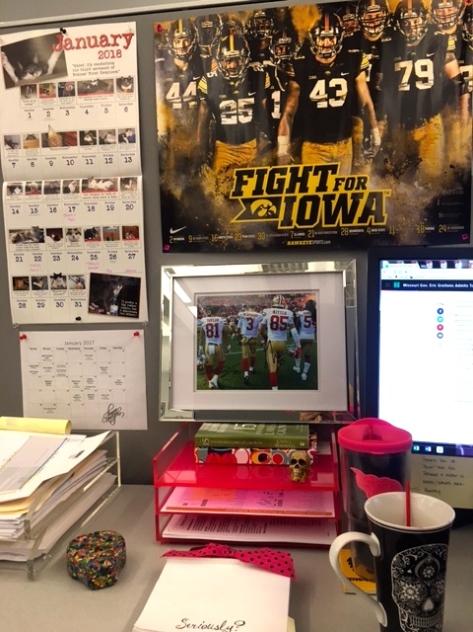 I slept with a grin on my face that night. I know I woke up with one in the morning. And I haven’t smiled so hard since 2015 – that’s no lie. What I’m getting at is you know that saying – you never know what battles others are facing (or something along that fucking line)? These peeps don’t know any struggle I’ve endured over the last three years. All they know is that I’m a huge Hawkeye fan (and now the Niners #1 fan) and did something nice because they fucking wanted to. And now I have a treasured story and possession to remember the feeling of specialness because of strangers’ kindness.

Aside from making my fucking day, week and month, this act basically made my year. Which is a fabulous sign because it’s still only early January. Whoop! 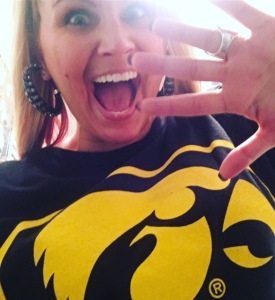 Once a Hawkeye, always a Hawkeye.

Now go start someone’s year off on the right foot by being nice.

“This will end someday.” - a message from my 7 year old nephew 💙💙💙💙💙💙💙💙💙 #stayhome #stayhealthy #quarantine #love #imnotcryingyourecrying