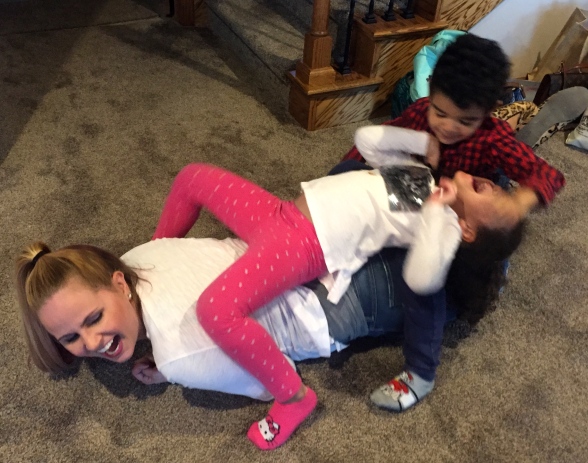 Being a crazy pants, entertaining aunt may be the death of me but it’s sure a lot of goddamn fun. A recent trip back home to Iowa was full of celebrations – and that’s just the kind of days this chick needed.

My Aunt Crazy Pants had a birthday a few weeks ago and although she’s kicking cancer ass, she still found her party pants. My sister (the not always happy about being my partner in crime but does it anyway) and Mama CBXB were able to join in on the festivities.

Naturally, I couldn’t resist adding a little bit of fuchsia to the birthday bash.

I now want to grow a mustache. Only in the fuchsia hue.

We even forced Mr. Jakers to get in on the shenanigans.

We kept the thrown down going the following day because, well, why the hell not stretch out a birthday for as long as possible?

It was also my Aunt Crispie’s actual date of birth, so it was a double party whammy. Naturally our trashtastic family always uses the ever classy red solo cups for guzzling beverages of the alcoholic sort. 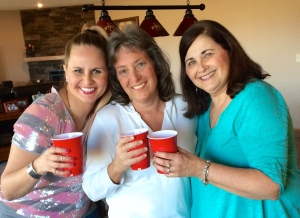 A trio of fun aunts. You figure out the crazy one.

Being the fun aunt just may be the reason of permanent paralysis below my waist… but so worth it.

A back adjustment the old-fashioned way.

One of the perks of being a short adult is my capability of stuffing myself into an extra-large kids t-shirt. Therefore, I get to wear matching tops with Princess B while she still thinks it’s cool. 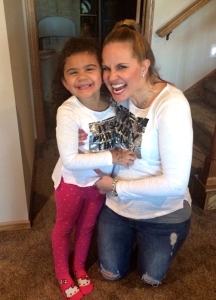 We ended Aunt Crazy Pants’s celebration week with a trip to trivia night at the local grocery store (yes, that is what we do in small town Iowa and it’s fucking fun). Although my brain cells only provided one correct question of 20, our team “The Rats,” were able to slip into second place while having a laugh riot. 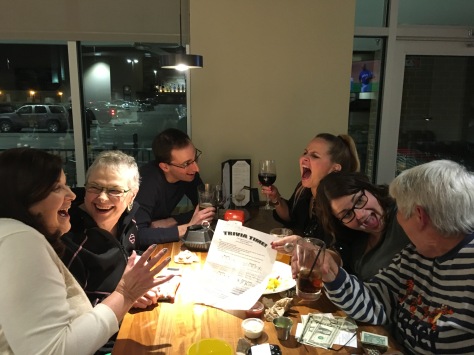 Being that I live 1,000 miles away in Nashville, cramming in all celebrations close to my visit date is common. Therefore, Santa made a special visit just for me – even with a small, glittery tree.

We also scrunched in an early birthday bash for yours truly, so I really raked it in (don’t worry if you haven’t picked anything out for me yet – you still have time and yes, I will provide a list). 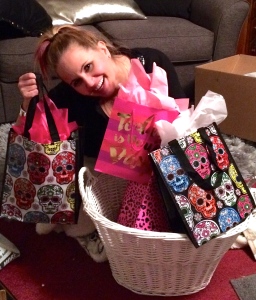 The more the merrier in March!

Any Iowa birthday party of mine isn’t complete without a trip to see my bro-in-law, Dr. Cocktail, who makes libations that rival any mixologist on the planet (and no, that isn’t an overstatement). 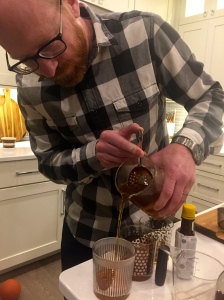 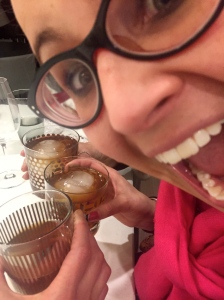 While there were only four adults present at the kitchen island, it sort of seemed a fraternity party took place when we were winding down. But that only means it was an evening of amusement, yes? 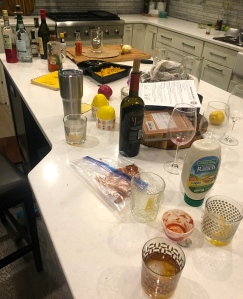 Regardless of the time my head hit the pillow, I had the two most adorable alarm clocks bust in and interrupt my beauty sleep with their not-so-spot-on rooster imitations.

Talk about a fun aunt. I went to visit my great aunt Marge, whose husband of 67 years recently passed away. Out of the five sisters in her family, her husband was the last to pass and holy shit was he was one gem of a person. He basically became the surrogate hubby to the four widowed sisters – much to his (dismay, perhaps?) delight.

Uncle Bill’s ashes sit in an urn next to Marge’s TV stand. She pointed at it and said, “I’m going in there with Bill but I gotta lose some weight first.” 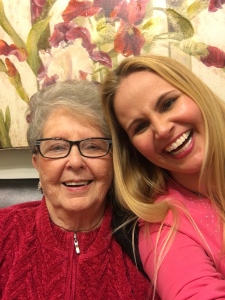 A BV and water party night.

If there’s anyone I can think of emanating in this lifetime, it’s this spunky, hilarious broad. She’s 88, looks maybe all of 68 and acts 38.

She can also sing karaoke from the couch.

And is obviously true relation with our family tradition of Jell-O shots.

More whipped cream for you?

After my Iowa party parade, I made it to the airport and back to Nashville just in the nick of time, as inches of snow were starting to accumulate.  Although, I was a tad disappointed I didn’t get to play with my two faves in the snow.

However, I’m not sure I would have fit in with this “angel”. 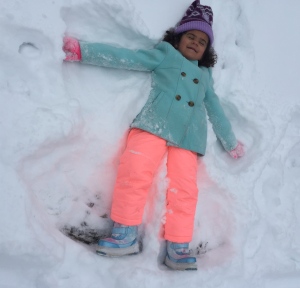 Here’s hoping your day is filled with a little fun, a little crazy or a whole lotta both.