There is strength in numbers.

As many of you are aware, a tornado ripped through Middle Tennessee just last week. Its reign of terror was 50 miles wide and remained on the ground for 60 minutes, hitting in the dark of the night while many residents were asleep.

I had gone to a Nashville Predators game the prior evening and upon returning to the Mini Manse, realized I left my phone in Mama CBXB’s car. I texted her via my iWatch to let her know.

Mama CBXB came by around 6am on Tuesday morning to return my phone and told me there’d been a tornado and to turn on the TV. The images being shown were inconceivable. 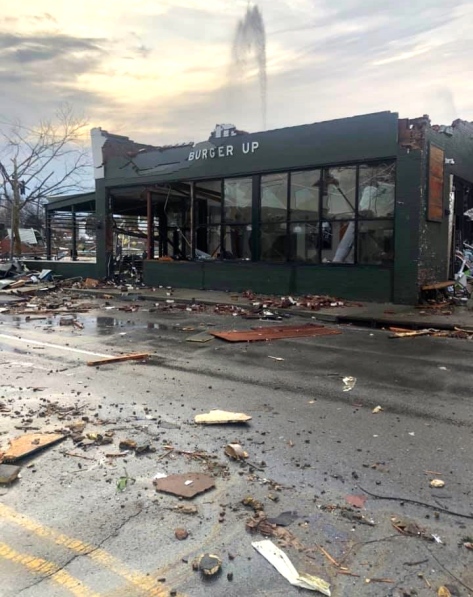 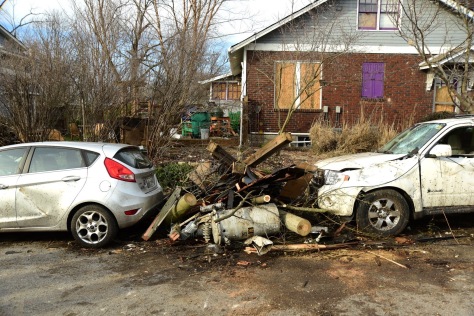 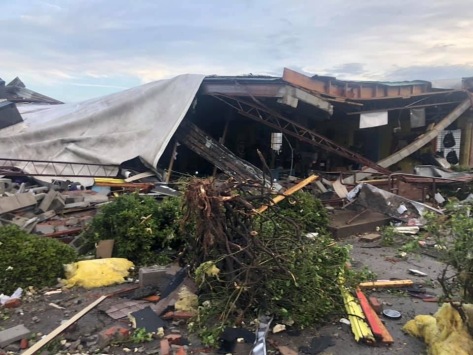 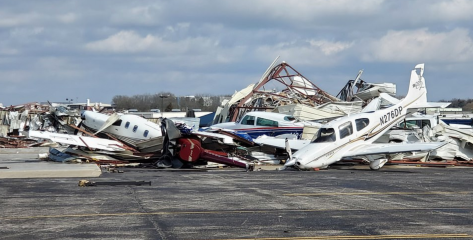 I sat in silence. I sat in shock. I sat in sadness. I started freaking the fuck out when I saw the areas where the tornado reportedly touched down because I know people from every area. I checked my email. The CEO of our company sent a message at 6am to stay home until further notice. Our office building had survived the attack from Mother Nature but this is the view of damage from our parking lot, across the street at Tennessee State University.

The magnitude of damage was hard to comprehend via the television screen. The scariness of unknown lurked within every thought. My phone started dinging with messages, DMs, and calls that were concerned peeps checking on me, my friends and family.

None of the local stations broke for the national morning news programs and fresh information kept flooding in. Missing persons lists started circulating, the mayors of areas affected were conducting press conferences, advising residents of what to do. By 10am, the city of Nashville declared a state of emergency. Twenty-two people were confirmed dead and 50,000 people were without power.

The feeling of helplessness subsided when by finding out those loved ones in the areas hit the hardest, historic East Nashville, Germantown and North Nashville were alive. My girlfriend and her family lost their house but they were able to take cover with seconds to spare at 1:45am.

After seeing the above photos of her house, we spoke on the phone. You know what she said? “It could have been so much worse.”

She’s right. It could have been worse. And for some of our residents, it was as the death toll from the storm grew to 25 lives lost. The city went to bed Tuesday night with an uncertainty of what to do and how to help our neighbors while staying out of the way of first responders and city maintenance crews.

The next day, local news showed the droves of volunteers answering calls from organiztions.

My office was able to open and operate off of a generator. We were the only business able to open in about an eight-block radius.

Friends, acquaintances and loved ones kept checking on me and all things Nashville that I love and adore.

I poured over the news while at work, seeking ways we could help. That is the damndest feeling – knowing people need help, but having to stay away because you’d create more havoc. While I was scrolling through Huffington Post, I notice a familiar stature.

The Silent Indian’s first day at Edley’s BBQ in East Nashville ended up being a training in tornado clean-up instead of how to be a General Manager of the restaurant.

Before and after images started circulating on social media, creating awareness of the damage done to the heart of the affected areas. 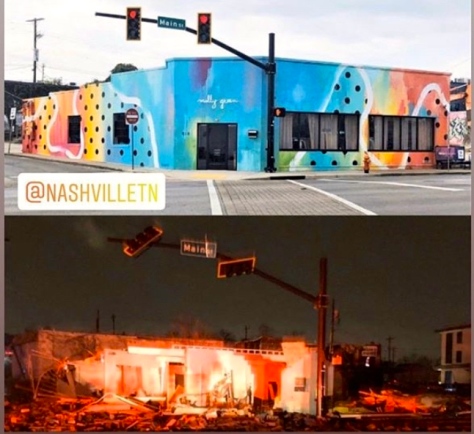 Then, the names of victims started to trickle out. Mike and Albree were leaving an East Nashville speakeasy, Attaboy, headed to their car when they were struck by debris. Albree died on the scene, Mike later at the hospital. 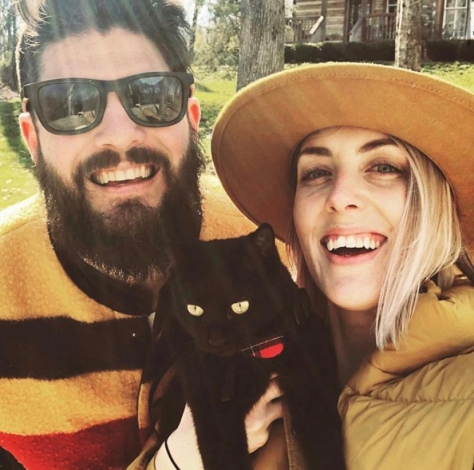 Putnam County saw the most lives lost to the tornado.

With all of the devastating emotions reeling around, the communities stepped the fuck up, showing the world why Tennessee is known as The Volunteer State.

Tide rolled into East Nashville with their Loads of Hope program, helping first responders and those displaced by the tornado wash their clothes. 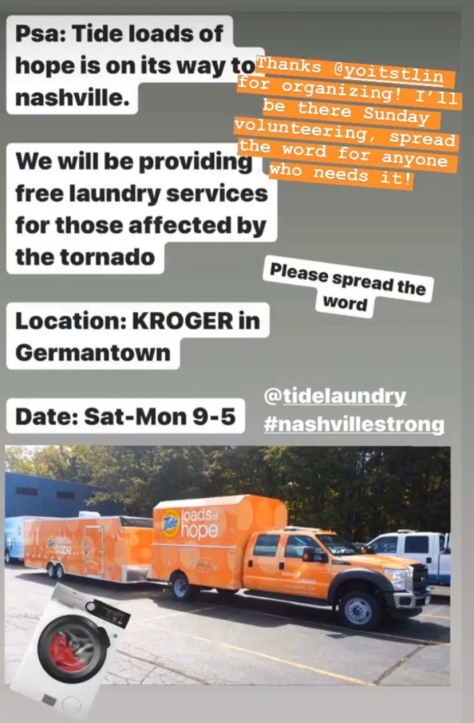 Animals were displaced from their families and heartbreakingly wondering the streets. The Nashville Human Association, along with numerous other animal rescues and organizations were on hand collecting donations, taking in stranded animals and spearheading social media sharing to get fur babies back to their loved ones.

Local companies started donating 100% of proceeds from merchandise to the tornado relief efforts. In four hours, an Instagram account, @nashvilletn, raised $50k. In a little over a week, they’ve raised $450,000 and counting. They hope to break $1 million by the end of March.

Anything on their website is 100% donated to the relief efforts. CLICK HERE to visit their online store. 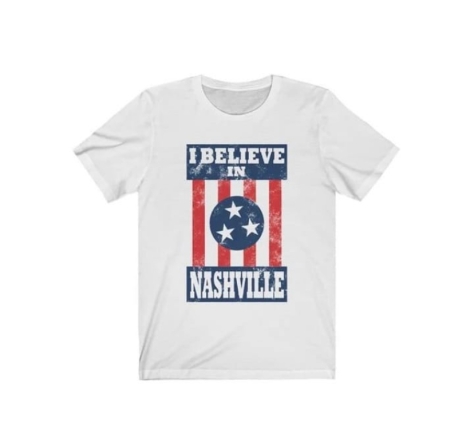 Project 615 is a local business that only does good and creates awareness through their tee shirts. All of the profits from the shirt below go toward the Middle Tennessee tornado fund. CLICK HERE to visit their online store. 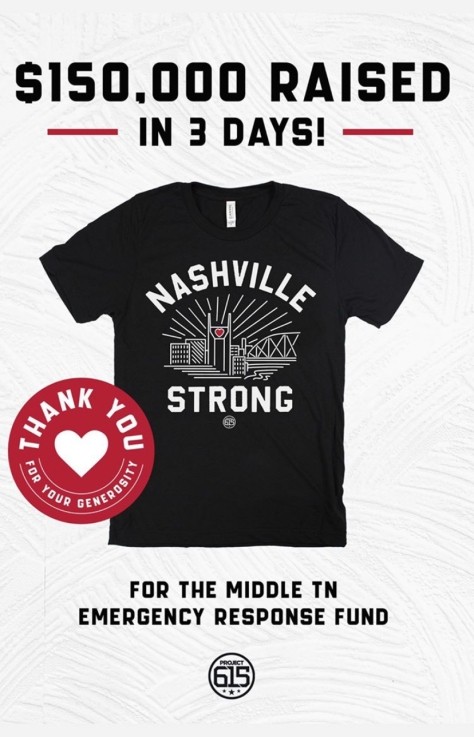 There are numerous colors and variations of the shirt below from local Nashvillian, Love and Lion. Again 100% of proceeds from sales are headed to relief efforts. CLICK HERE to visit the online store.

CLICK HERE to purchase a “Pancho” pin, named after their cat.

Witnessing the outpouring of love, support and efforts made by friends and complete strangers alike have been beyond heartwarming. Those who have reached out questioning how to help, please invest in a product above as Nashville is now in the rebuilding stage.

The response for calls of supplies, volunteers, organizing, recovery efforts, etc. has been enormous. 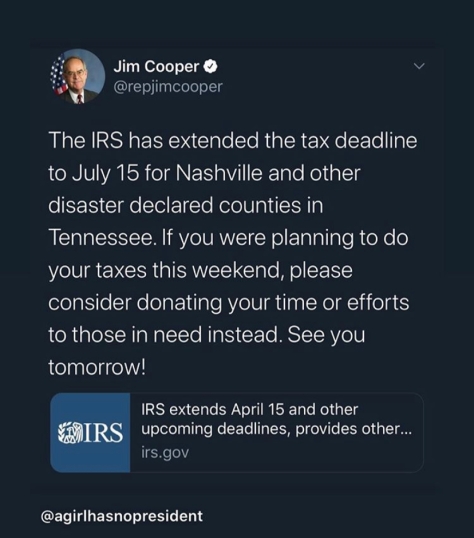 After four full days of volunteers, many organizations pressed pause over the weekend. More than 30,000 people volunteered in Middle Tennessee during that time span. 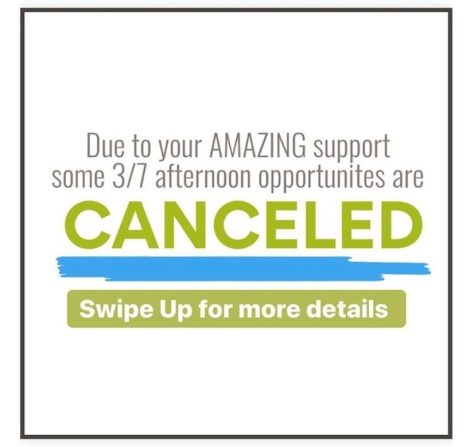 The cleanup efforts are ongoing, the rebuilding will take months and years but one thing I know is true about the city I love so madly…we’re always open.

See you all on Broadway soon. 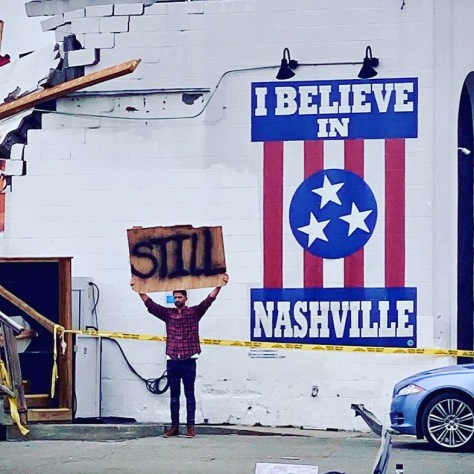 There is strength in numbers.